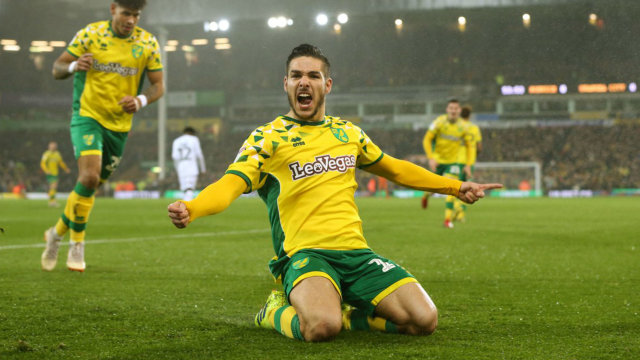 The race to be crowned winners of the EFL Championship is approaching its final furlong and, of the runners and riders involved, there is one team that is currently pulling clear of the chasing pack behind them.

That team is Norwich, who under the stewardship of Daniel Farke can almost dare to dream of a return to the promised land of the Premier League and with that, the multitude of riches that will follow.

The Championship is a competition that can only be described as a war of attrition and with 46 regular season fixtures to be played, it is a real test of not just physical ability over the course of nine arduous months but mental ability also.

It’s a test that the Canaries seem to be passing with flying colours and if they continue their recent impressive form, then they will no doubt match the confidence that the bookmakers have had in them as of late.

A look at the current Championship betting has Norwich as favourites to win the division, with bet365 pricing them at odds of 1/4 on and, at such short return, the accolade of being crowned champions of England’s second tier is now theirs to lose.

It’s an accolade that not many pundits or even fans of the club itself would have predicted being earned at the start of the campaign, especially when you consider that Norwich limped to just a 14th place finish last time around.

Then again, it just goes to show that sometimes sticking with the man at the helm is more beneficial than changing managers with alarming regularity and it is here that Norwich have earned their just rewards.

It would have been very easy for the board to decide to start afresh and consider the appointment of Daniel Farke as an experiment that failed. However, an extra pre-season in charge for the 42-year-old has then allowed the former Borussia Dortmund reserve team boss time to further implement his ideas.

While the Borussia Dortmund reserve team seems to be a pipeline of managerial talent, not only has Farke made his way from the Bundesliga to English football but there is also Huddersfield who have tapped into this particular source.

They appointed David Wagner back in November 2015 and he would be the man who masterminded their promotion to the Premier League in May 2017. Although his tenure ended in less than remarkable fashion, his efforts at the John Smith’s Stadium will never be forgotten.

Such was the relative success of Wagner at unfancied Huddersfield, the club decided to return to Dortmund at the start of the year to name Jan Siewert as his successor and, if he can eventually restore the Yorkshire outfit to the top flight, it will prove to be a shrewd appointment.

Should Norwich clinch the promotion that many are expecting them to earn, the celebrations will not be able to last for all that long. That’s because, as soon as a ticket to the top flight is booked and the Premier League is on the horizon, the planning for simply surviving then begins in earnest.