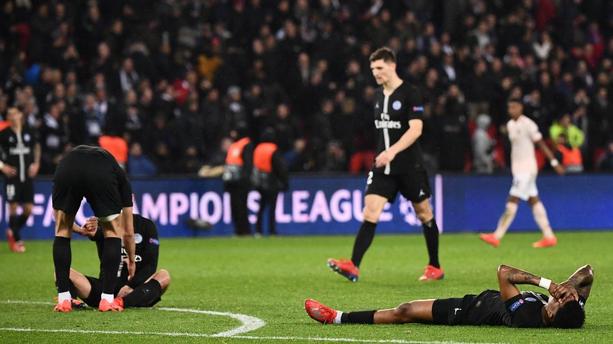 There is little doubting the fact that Paris Saint Germain are one of Europe’s top sides. But despite having a team packed with modern legends like Neymar, Kylian Mbappe and Edinson Cavani, the French club once again came unstuck in their bid to win the Champions League.

PSG have never won the Champions League, and it’s remarkable to think that you have to go back to 2012 to find the last time that the club managed to get past the quarter finals of the competition. Such news is all the more surprising since PSG have spent no less than €1 billion on players since 2011. But despite having had the likes of Zlatan Ibrahimovic and Thiago Silva in their ranks, the Champions League title has remained remarkably elusive.

So what’s behind PSG’s barren run of form in the Champions League? As they have the sixth highest revenue in the footballing world, there is certainly no shortage of cash for their head coach, Thomas Tuchel, to play with when assembling his squad.

But as the French club once again crashed out of the Champions League in 2019 to a fairly mediocre Manchester United team, it seems as though their problems are about much more than money. Many people have stated that PSG just don’t face enough quality opposition in their regular season in the French Ligue 1.

A quick look at the Ligue 1 table shows that PSG are heading for their seventh title win in eight years. The fact that they are a staggering 20 points ahead of their nearest rivals compounds the point that Ligue 1 football doesn’t prepare a team like PSG for the Champions League. Whilst sides like Lyon always provide plenty of tough competition, the fact that even teams like Monaco are in the doldrums suggests that French football is in trouble.

Such ideas is all the more surprising in light of France’s impressive 2018 World Cup triumph. But it looks like club-level football in France is hampering PSG’s progress to becoming the best football team in Europe. Whilst the club are one of the best supported teams in football and have expanded their horizons to field an esports team for League of Legends who even feature amongst the odds at sites like lolbettingsites.com, there are real doubts about PSG’s fortunes in the Champions League.

Of course, PSG aren’t the only European footballing superpower who have found it tricky to succeed in the Champions League. A similar case presents itself for Juventus. Whilst the Italian team are still in with a chance of winning the 2019 Champions League, it has to be remembered that Juventus haven’t won a version of this tournament since way back in 1996.

A similar lack of decent competition also presents itself in the Italian football league. Juventus are on course to win their eighth successive Serie A title in a few weeks time, and whilst the likes of Napoli and Inter Milan are strong teams, it’s clear that with the likes of Cristiano Ronaldo in their ranks, Juventus are just too good for the competition.

So what can be done to help take things at PSG up a level? There has been doubt that veteran players like Dani Alves and Gianluigi Buffon are fully able to compete at the pace of the Champions League, and there are even calls for Thiago Silva to stand down as captain at the end of the season.

By focusing the squad’s efforts on the phenomenal talents of Neymar and Kylian Mbappe, the PSG team have clearly emerged as force to be reckoned with. But until something is done to reenergise the side with young players equal to these stars, it seems that PSG might continue to struggle in European football.