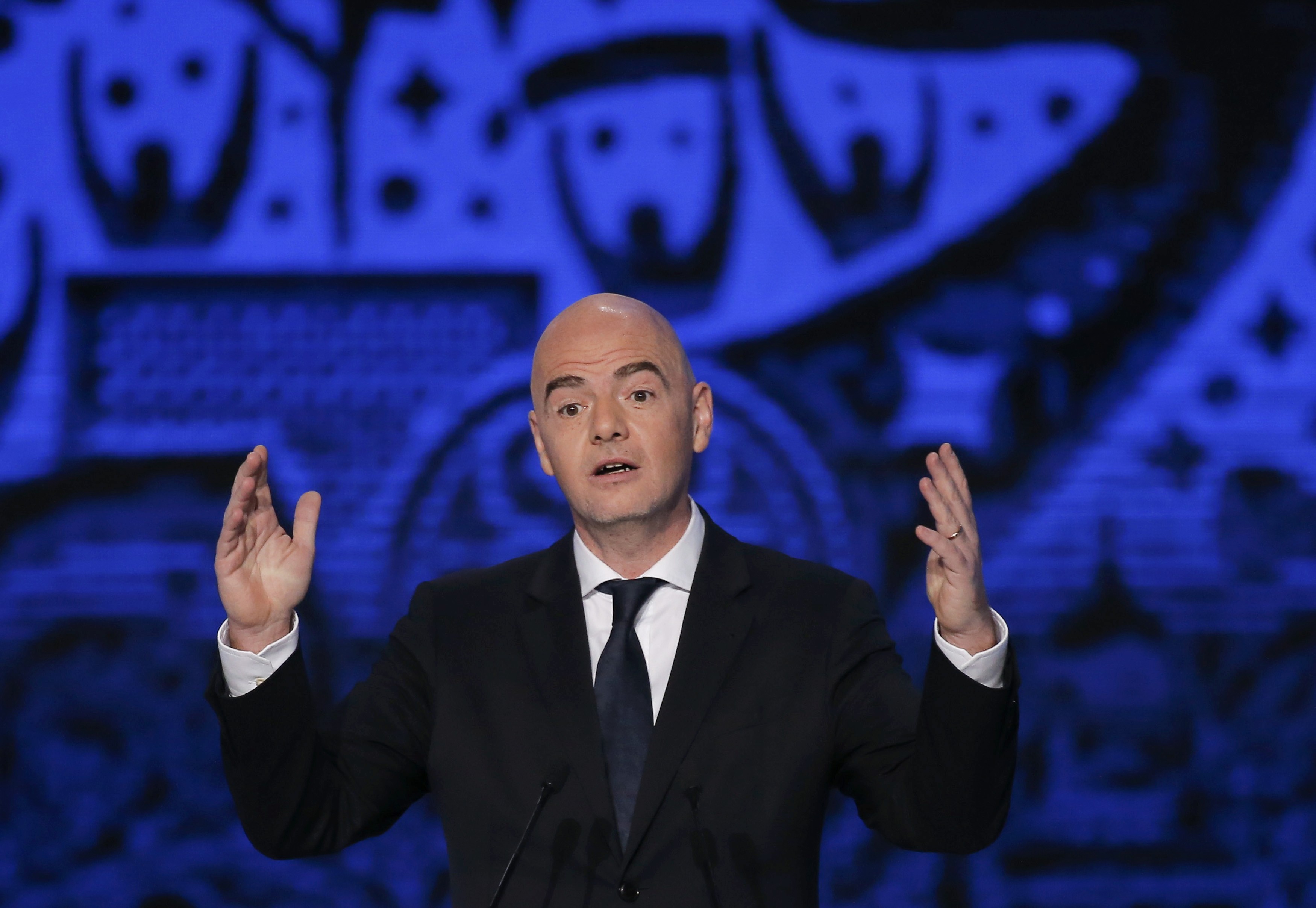 FIFA announced earlier today the World Cup will be expanded from 32 to 48 teams, starting with the 2026 tournament.

The new format will include an initial stage of 16 groups made up of three teams, with the top two qualifying for the knockout stage. The number of matches will rise from 64 to 80 over a period of 32 days, although the eventual winners will still only play seven games.

Due to the sheer amount of countries involved, the 2026 World Cup – which will presumably be in Saudi Arabia, the forest moon of Endor or underwater in a massive submarine (the McSubmarine, in association with Hyundai) – could look something like this.

England would still somehow find a way of holding Panama to a 0-0 draw and scraping past the UAE 1-0 thanks to a glancing header from 41-year-old half-man half-robot Wayne Rooney.

The sport’s governing body voted unanimously in favour of the change after a meeting in Zurich on Tuesday.

FIFA president and Thunderbirds detractor Gianni Infantino has been pushing for the shake-up, and said expansion would be “more inclusive” and benefit “the development of football around the world”.

Oh, and also revenue for a 48-team World Cup is expected to increase by $1billion. Which is DEFINITELY NOT the driving factor behind the change.

As expected, nobody is surprised at FIFA making a bold decision that literally no-one, besides FIFA, agrees with. Think Russia 2018 or Qatar 2022 and it all makes more sense.

Expanding the World Cup is a risk from FIFA. If you also like taking risks, why not have some fun and try out Just Jewels Online slot