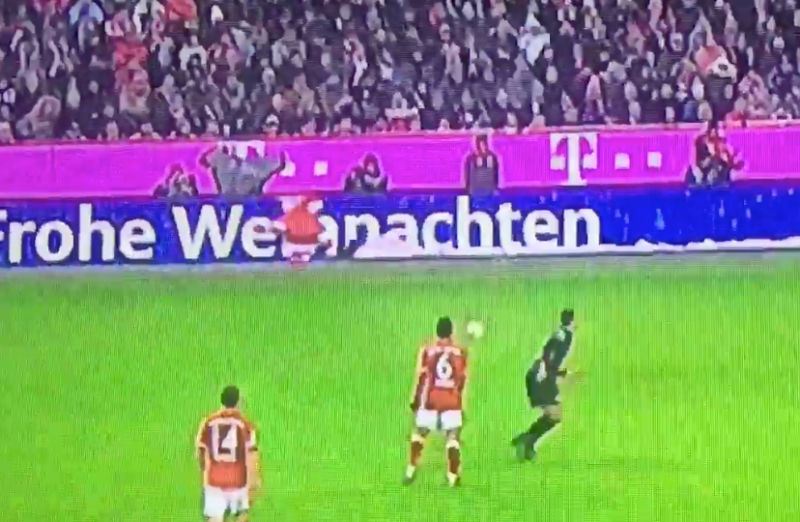 Bayern Munich’s Thiago Alcantara got so caught up in the festive spirit that, for a second, he believed Santa Claus was very real and making a bombing run down the left, and proceeded to lay the ball off to dear old St Nick:

Obviously, it’s an advertisement showing pixellated Santa plowing the hell out of some pixellated snow, rather than one of Thiago’s Bayern team-mates. We could lay into the Spaniard for not being able to tell the difference between a computer-generated mini Santa ON AN ADVERTISEMENT and a real-life human being, but it’s Christmas so we’ll give him the benefit of the doubt. They are both wearing red, after all…

Unbelievably, a similar thing happened earlier in the season when Peterborough’s Michael Bostwick mistook a steward for one of his team-mates. The perils of fluorescent kits, right?