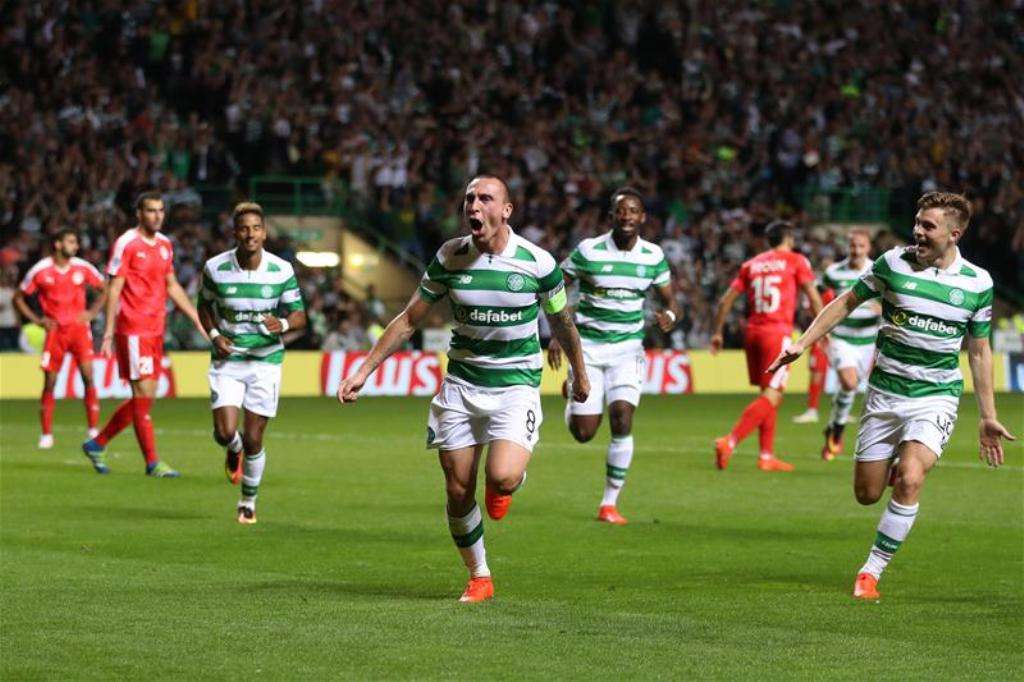 Celtic are one leg away from Champions League football after a two year absence from Europe’s most prestigious competition.

In the previous couple of seasons, the Scottish Champions were knocked out at this round by Slovenian side Maribor and Swedish club Malmo respectively.

The Hoops would appear to have stopped the rot, barring a minor miracle, as they defeated Israeli Champions Hapoel Be’er Sheva 5-2 in the first leg of their Champions League qualifier.

The Hoops were cruising to victory, 3-0 up in the first half courtesy of Tom Rogic and a Leigh Griffiths brace. However, the Israelis battled back after the interval and just before the hour mark, two goals in as many minutes saw them right back in contention.

Celtic extinguished any vague hope of a Hapoel comeback though, adding two more goals of their own to conclude the scoring and set themselves up nicely for the return leg in Israel on Tuesday.

At 4-2, Celtic’s Craig Gordon made a sublime save from Maharan Radi’s header which was crucial before the skipper, Scott Brown, completed the scoring in the 85th minute after Mousa Dembele netted Celtic’s fourth goal.

New Celtic manager Brendan Rodgers accepted that whilst his side were by no means perfect, he has high hopes for them.

“They are nowhere near the finished article yet but they look a really exciting team which is full of character,” he said.

“You would obviously prefer 3-0” he added. “But 5-2 really shows the level that the team played at in a European game where there is everything riding on it.”

However, not all was rosy for The Bhoys on Wednesday evening as a small section of Celtic supporters unfurled Palestinian flags.

Uefa forbids political expression in football and if charged and found guilty, Celtic could face part-closure of the stadium for an upcoming European fixture.