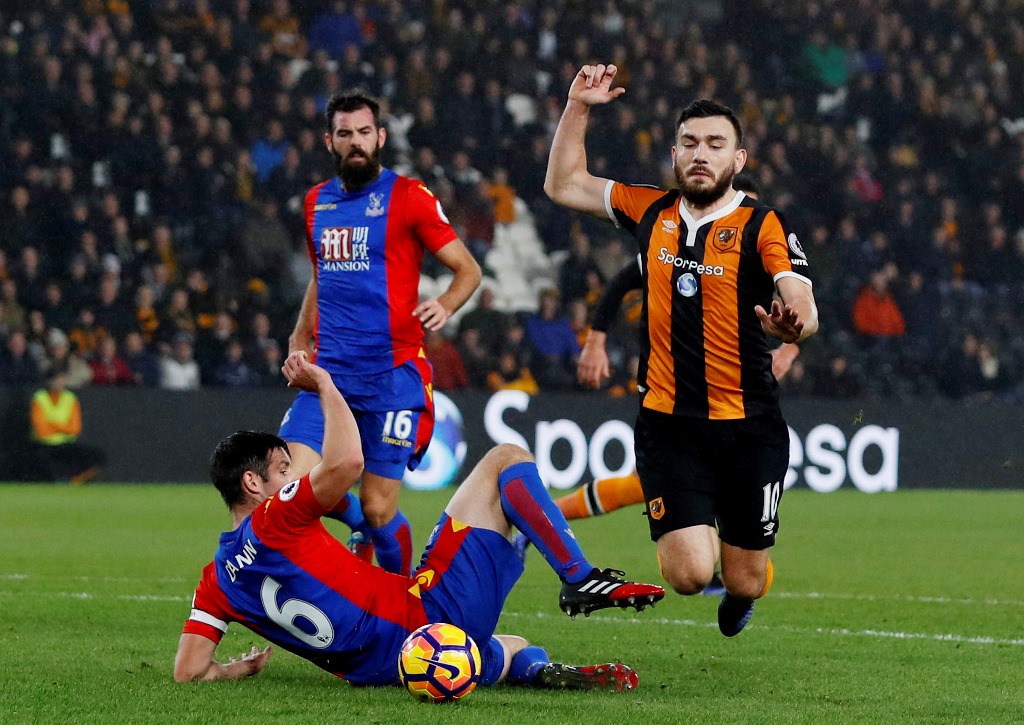 AS A 16-year-old, I remember Leeds United doing battle with their arch-  enemies Manchester United for the 1991/92 Division One title, the last before the Premier League came into being.

(Yes, believe it or not, there was football before the Premier League, inflated TV deals and goal-line technology).

I was watching for the fourth or fifth time a VHS recording of Leeds pulverising Aston Villa 4-1 at Villa Park.

It was a beautiful sight – flowing moves, battling midfielders and the great Lee Chapman banging them in and then running with his left arm aloft soaking in the adulation. I loved my team, and I loved my football.

As a teenager it was a gimme I’d never make it as a footballer. Standing in a line with my classmates, I was never the last one to get picked for the lunchtime game at school.

I was somewhere in the middle – after the better players, but before those who played just because the school library closed during the lunch break.

They trusted I could put in a shift on the left wing. Swing in a cross on the penalty spot for Sid, yes that was the name of the best footballer in my year, to place the ball in the bottom corner.

Hang on, maybe I could make it as a manager? Every one of us who loves the game soaks up the pre and post-game hype. We study the nuances of the different formations and tactical decisions thinking we are better than the current manager.

Football fans scream tactical decisions at the television and decide which substitutions should happen before the fourth official lifts his dot matrix board.

We yell at the greedy players to pass the ball wide; yearn to be in the dressing rooms at half-time, knowing our wise words will rally the troops and our tactical ‘nous’ will turn this game on its head. We will be victorious! We know we can do it, in our heads!

Later, in the cold light of day and after testosterone levels have balanced out, we admit being a manager is equal to signing up for Russian roulette. In time, you’ll get a bullet.

In the modern game today, there are so many possible bullets that the barrel is full before the ink dries on your contract.

Last year, that was so clear with Mourinho’s Chelsea. The players decided to “down tools”. Mourinho sacked, Conte hired.

Same players more or less and this season they’ve had a 14-game unbeaten streak and are on the brink of winning the Premier League title.

This next bullet has always been vying for a permanent slot in the barrel of the gun. This season beyond doubt, the bullet’s locked in and looking for its next target.

The golden bullet, “Radically Invasive Projectile”, or RIP for short, is the most deadly bullet known. Many managers are rendered jobless by an RIP, also known as “Referees Inconsistent Preference”.

Occasionally they choose RED, other days they have a penchant toward YELLOW. In the past month, a few chose the plain old boring NOTHING, similar to the magnolia most landlords throw on the walls of their rental properties.

We remember the two-footed tackle from Marcos Rojo against Crystal Palace’s Wilfred Zaha.

Late on in the first half, Zaha, running at the Manchester United defence, was in brutal fashion stopped by a lunge from Rojo.

With the game goalless, this decision was vital. The referee shot an RIP by only showing a yellow card. The eleven men of Manchester United eventually won 2-1, and the axe was on its way to South London.

How different it might have been if the Eagles had been allowed the whole of the second half against a ten-man Manchester United. They scored one against eleven, what might they have done against ten?  Could Alan Pardew still be in job?

This was the second crazy decision in four days against Crystal Palace. The previous weekend, Robert Snodgrass ‘won’ a penalty for Hull City in a 3-3 draw with Palace.

The Scotland international, now with West Ham,  gave the Tigers the lead from the spot after he went down in the area, despite there appearing to be no contact from Palace defender Scott Dann.

“Apologies from my end, it was never a penalty,” tweeted Snodgrass after the match. “But genuinely thought defender was going to slide, so tried to ride the tackle.”

These two RIPs were too much for Pardew to survive – a week later he was history.

The Bob Bradley era at Swansea seemed doomed from the beginning. (Not because he speaks a different lingo from the rest of us).

Yet the crazy decision to award a penalty for Dele Alli’s swan dive was not poetry in motion.

This RIP – with the game goalless and half-time approaching – ripped through the morale of the team, and they were on the end of a 5-0 drubbing at Tottenham.

No one recovered from that, and another “managerial headstone” was sent to the engravers off Alexandra Road, Neath.

How about the penalty that wasn’t given for Burnley against Man City at Turf Moor – the   visitors won 2-1.

Just imagine, if your team is propping up any of the league tables or flirting with relegation and an RIP’s released, what could be the result?

If the Ross Barkley (Everton) full-blooded and full-studded tackle on Jordan Henderson’s (Liverpool) calf was instead against your box-to-box midfielder, the result could be disastrous.

Yes, managers sometimes let themselves down by blaming anyone and everyone else, but it has become an increasingly precarious profession over the last 25 years – and they don’t need referees, often conned by sneaky players, applying the final nail in the coffin.