Home / Features / Top Four? Not Until Spurs Sort Out Their Top Three

Top Four? Not Until Spurs Sort Out Their Top Three

Posted on October 23, 2014 by Steven Coney in Features with 0 Comments 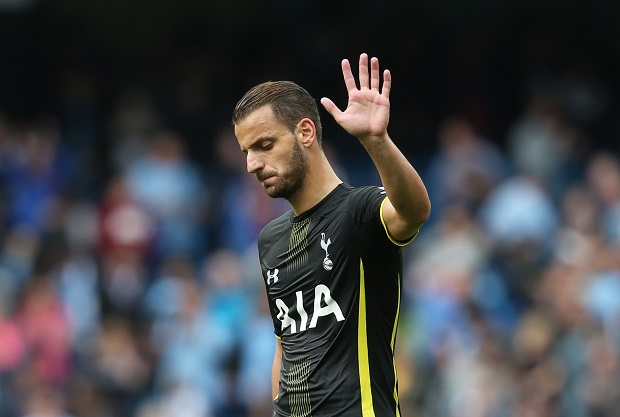 When interviewed by the Evening Standard recently, Tottenham’s record signing Erik Lamela said that he remained hopeful that his side would still make the top four and thereby gain entry into the Champions League for next season. That has to be the goal for the club in a campaign where fourth slot is very much open but there is one key factor holding the team back.

After eight matches of the 2014-15 season, Spurs sat in ninth place but the early table is always deceptive and another three points would have taken them above West Ham and into those Champions League positions. Mauricio Pochettino’s side are among the outsiders with Betfair for a top four slot but if they are to justify anyone’s faith, their strike force simply has to improve.

Former Southampton boss Pochettino is an advocate of the lone striker formation but after eight games, he may want to rethink his strategy. Between them, Roberto Soldado, Emmanuel Adebayor and Harry Kane have scored just once in the Premier League – less than midfielders Nacer Chadli and Christian Eriksen while even defender Erik Dier has found the net twice in his brief White Hart Lane career.

Opinion is divided as to the problems up front: Some will feel that the coach needs to play two strikers, particularly at home against the perceived weaker teams. Could a 1-0 defeat at White Hart Lane to West Brom have been averted if Soladado and Adebayor had been together from the start?

Others simply claim that the three men in question just aren’t good enough. Emmanuel Adebayor continues to be a controversial figure whose body language can often suggest he isn’t interested. After a positive end to last season under Tim Sherwood, the Togolese striker has looked lacklustre at times and has found the net just once since the start of the 2014-15 league campaign.

Soldado’s record at Tottenham is simply woeful: Six goals since arriving from Valencia in the summer of 2013 include four from the penalty spot while his missed spot kick against Manchester City will do little to lift the Spaniard’s confidence.

Harry Kane is just 21 and considered by many as a player for the future. However, the England Under 21 striker has looked sharp in the Europa League and arguably deserves a chance to claim an extended run in the Premiership starting XI.

As the January transfer window approaches a new set of targets has been linked with a move to White Hart Lane and they include Dutch international striker Klaas-Jan Huntelaar, a man who was first mentioned in connection with Spurs some seven years ago when he was still with Ajax.

Wilfried Bony of Swansea is another link while the story of Lukas Podolski’s potential move to Spurs may just be proof that some of these rumours are simply invented when there is little else to talk about.

Spurs fans have urged their club to spend big in the transfer markets with a big-name striker a supposed priority but having laid out £26m to snare Soldado just over 12 months ago, cautious chairman Daniel Levy will be wary of shelling out a similar sum.

At a reported fee of around £5m, Huntelaar could be the answer but although the Dutchman retains a healthy strike rate in the Bundesliga, he is approaching 32 years of age and is prone to the occasional injury.

Whatever happens in January, if Spurs are to challenge the clubs above them and maintain their Champions League aspirations then their potency and accuracy in front of goal simply has to improve.