The Premier League’s next star? 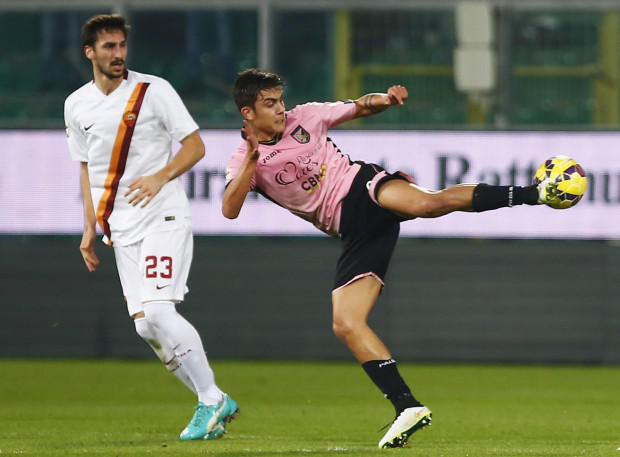 The signature of Palermo hitman Paulo Dybala is being pursued by Chelsea (Picture: actionimages)

Over the last ten years, transfer fees have been steadily rising in an effort to welcome some of the game’s biggest names to the Premier League.

To give you an idea of the incredible amount of money that has been spent, since the Premier League’s inception over 20 years ago, Chelsea have paid out over £1bn on the likes of Fernando Torres, Andriy Shevchenko and Eden Hazard.

With more money than ever, fans have almost come to expect their club to splash out on big name players each summer when the transfer window opens. Competition among the top clubs continues to increase year-by-year and the summer of 2015 will be no different, but who will be the Premier League’s next star?

After an extremely successful season that saw them win a first La Liga title in 18 years and reach the final of the Champions League, Atletico Madrid have emerged as not only one of best teams in Spain but all of Europe.

At the same time it has earned several stars big moves abroad. At the end of last season, Diego Costa and Felipe Luis joined Radamel Falcao, Sergio Aguero, David De Gea and Fernando Torres (now back at Atletico) in swapping the sizzling temperatures of the Spanish capital for a wet and windy Wednesday night at Stoke.

This summer it could be the turn of central defender, Diego Godin.

Manchester United’s defensive woes under David Moyes last year have continued to be a big problem for the Reds under the guidance of new boss Louis Van Gaal.

A growing list of injuries and lack of experience at the back after the sales of Patrice Evra, Rio Ferdinand and Nemanja Vidic left the Dutchman’s team struggling to find a winning formula in defence.

Uruguayan Godin has 86 international caps and has been a stalwart of the back-line that has kept a record number of clean sheets over the years at Atletico. At 29, Godin is in the prime of his career and rumoured to be on United’s list of potential signings.

Capturing the South American’s signature will be no easy task, however, as the Champions League finalists have placed a £28m buy-out clause on the player’s contract. 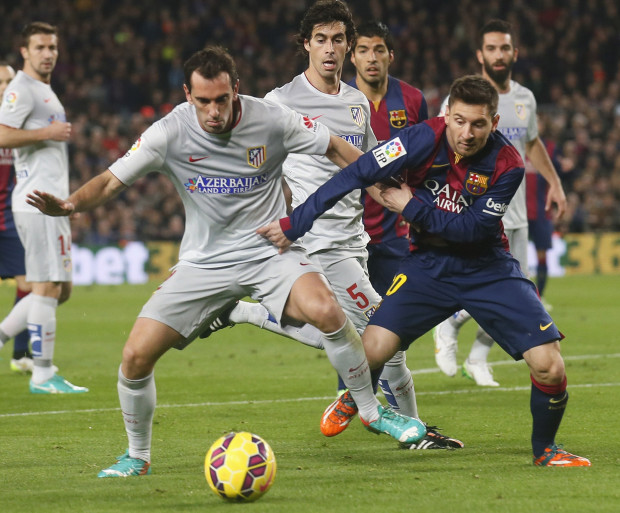 Monaco’s quest to become one of the top teams in France has not gone to plan since being bought by Russian billionaire Dmitry Rybolovlev.

Stars have come and gone in a short space of time, but it is the lesser-known names making an impression in Ligue 1.

Layvin Kurzawa has been a consistent performer for Monaco over the past two seasons and has attracted the attention of Premier League champions Manchester City.

They are rumoured to have made an approach for the French youth, who reportedly flew to Manchester ahead of the Champions League clash against Bayern Munich.

Kurzawa, 22, made his international debut in a 1-1 draw with Albania in November 2014 and then played again four days later in a win over Sweden.

An attacking left-back by trade, Kurzawa also scored five goals during the 2013-14 season, helping Monaco to second place in the League. 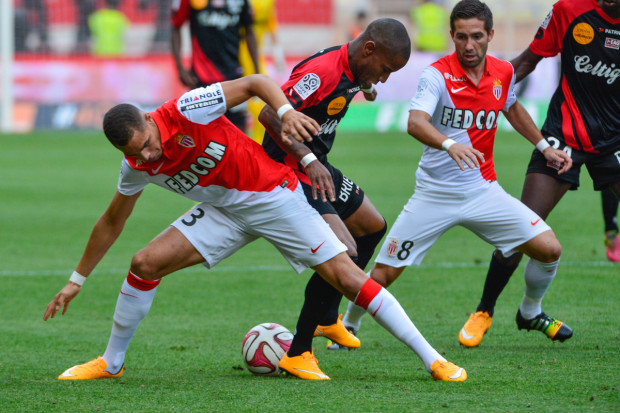 Monaco’s Layvin Kurzawa has been the subject of scout reports for both Manchester clubs (Picture: actionimages)

As the captain of Borussia Dortmund, Hummels has led his side to two league titles and the final of the Champions League, but an impressive World Cup in Brazil has led to many signaling their intent to sign the 26-year-old, with Manchester United a likely destination.

Hummels won’t come cheap; with it reported that Dortmund are holding out for a hefty fee for the defender, who has been at the club since 2008. Arsenal could also be interested. 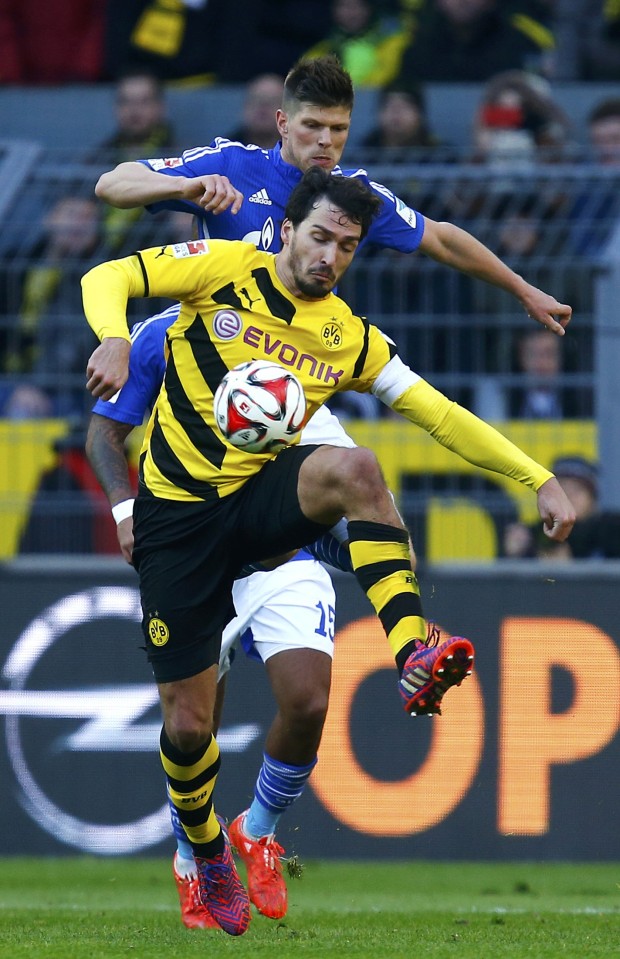 Hard times have fallen on Dortmund this season, but captain Mats Hummels continues to profess his loyalty to the BVB faithful (Picture: actionimages)

Porto’s Colombian star Jackson Martinez has been touted as a potential target for both Liverpool and Tottenham for a while now.

Italian giants AC Milan have also shown interest in the forward, although the £28m buyout clause in his contract could prove a stumbling block and pave the way forward to a move to the Premier League.

The 28-year-old’s prolific form for Porto has made Martinez one of the hottest commodities in world football. A scramble is on for the signature of the striker who represented his country in last year’s World Cup in Brazil. 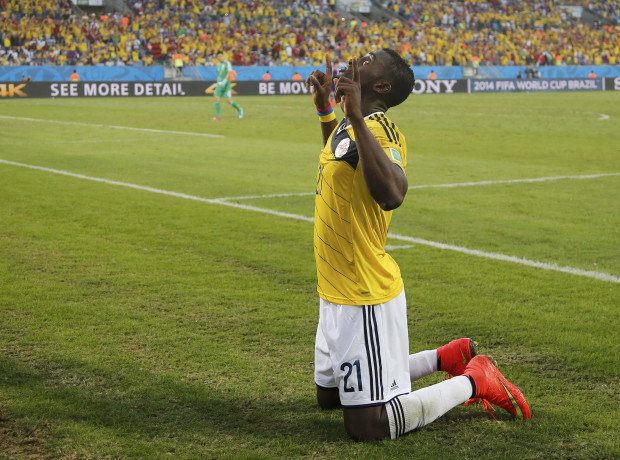 Is Paulo Dybala the new Sergio Aguero? It’s clearly too early to tell, but if the buzz about the 21-year-old is warranted, Manchester City’s star striker may have some fierce competition.

At Palermo, Dybala has become a pivotal part of the side. With the ability to create as well as score, the Argentine has attracted the attentions of the likes of Manchester United, Manchester City, Arsenal, Liverpool and Barcelona.

The Premiership big boys could have problems, though, because Dybala has said he’d ‘swim to Barcelona’ to secure a move to the Nou Camp if the opportunity came around.

At £31m, Dybala won’t be cheap, but if the comparisons to compatriot Sergio Aguero are anything to go by, then it is a small price to pay.