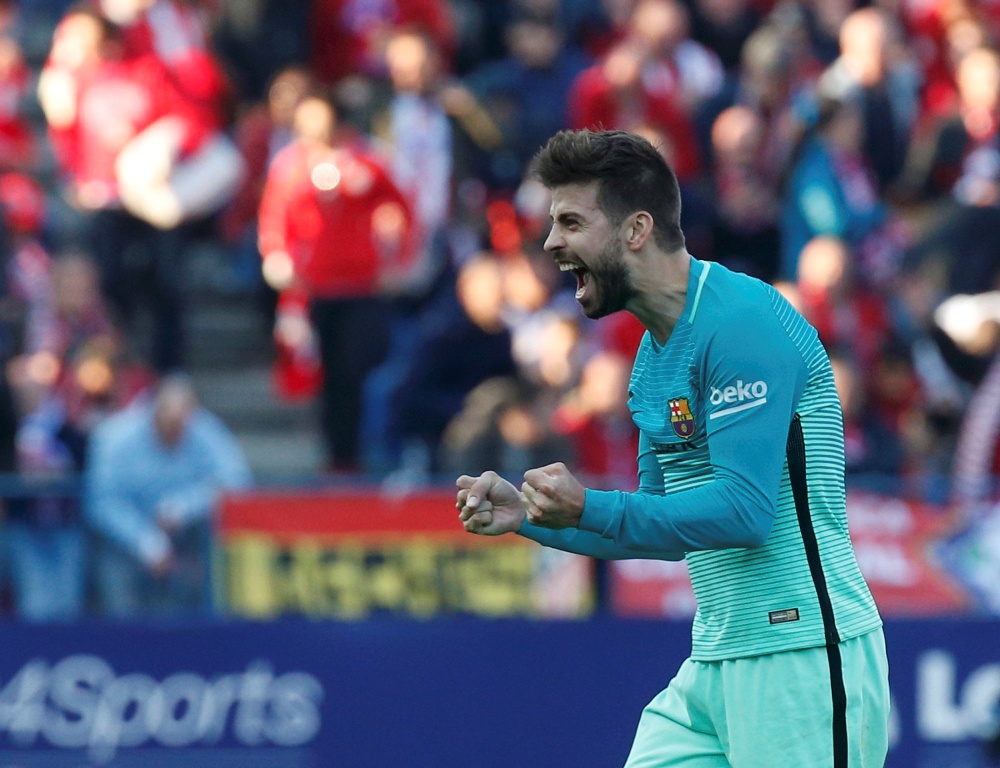 Los Blancos travelled to Estadio de la Cerámica with the pressure well and truly on, after Barcelona beat Atleti 2-1 earlier in the day to leapfrog Zinedine Zidane’s side and go top.

Real therefore needed all three points to go back into first place and maintain their hopes of a first league win since 2012, and did just that, despite going 2-0 down.

Goals from Gareth Bale, Cristiano Ronaldo and Alvaro Morata completed the stunning comeback, but it was the controversial manner in which Ronaldo hauled the La Liga leaders level from the penalty spot that stole the headlines.

Despite a mixture of uproar and disbelief inside the stadium, Real were gifted a spot-kick when Villarreal man Bruno was adjudged to have handled the ball inside the area, despite replays showing it clearly struck his chest. Pique was one of many to voice his annoyance at the decision.

Taking to social media, the defender tweeted a series of pictures highlighting the good fortune Barca’s bitter rivals have received this season:

The translation reads: “Against the same teams. 8 points. 8 points and that. The shots are from Madrid media [to] avoid doubts.”

Pique was clearly angry because he recognised the importance of Real’s win last night. With the pressure on and two goals down, Los Blancos showed their title winning capabilities. There could be many more twists and turns along the way, but Zidane’s men took a big step towards reclaiming the league title after five barren years.

Back in 2015, for example, Pique linked Arbeloa’s ability on the pitch to that of a training cone and said his former Spain colleague was “Not a friend, just someone I know.”

Arbeloa responded saying Pique was “obsessed” with Los Blancos, before taking the war of words further by goading Barcelona online in the aftermath of a shock defeat for Barca at Real Sociedad.

When presented with the tweet after the game, Pique replied: “A player who has started once in 32 games does not deserve a response.”

just like Barca fans did to Luis Figo in 2002 when the Portuguese winger joined Real Madrid, but were unsuccessful as Pique remained sat on the bench for the whole game.

Pique is obviously not fussed about what people think of him!