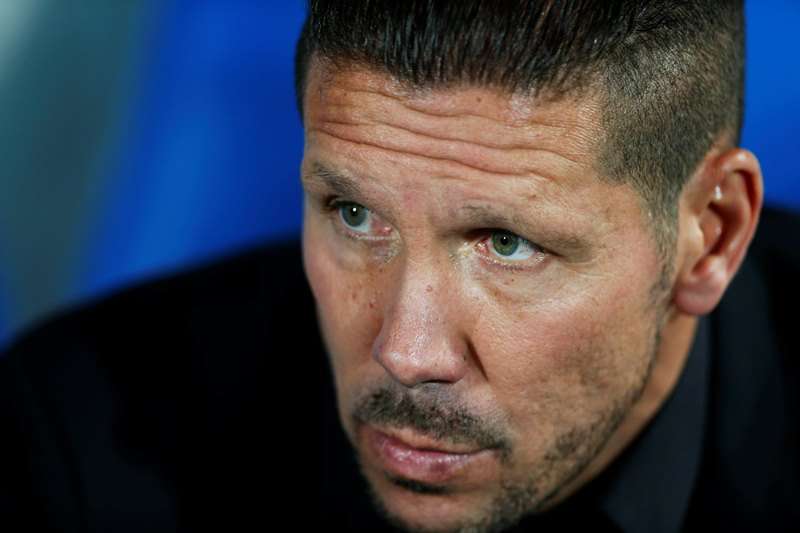 Atletico Madrid manager Diego Simeone has been given a touchline ban for the final three La Liga games of the season. This means that he will not  be in the dugout for the crucial climax to one of the tightest La Liga season’s in recent memory.

The 45-year-old Argentine was accused of encouraging an extra ball to be thrown on to the pitch during Atletico’s 1-0 home win over Malaga, with Angel Correa’s 5th goal of the season enough to keep up the pressure on leaders Barcelona and leaving city rivals Real Madrid one point behind at the top of La Liga.

A second ball appeared to be thrown on the field under instruction from Simeone which resulted in him being subsequently sent to the stands, just as Malaga were looking to pile players forward on a counter attack. He accepts that the referee did do the right thing in sending him to the stands under the current ruling, but denied any wrongdoing.

Simeone has been banned at a time when Atleti can ill-afford to loose their boss, with an inferior head to head record and goal difference than their Catalan rivals giving them the harder task of the two.

Barcelona have atoned for a recent dip in form and Champions League disappointment with back-to-back wins as they followed up an impressive 8-0 demolition of Deportivo La Coruna by routing relegation threatened Sporting Gijon 6-0 at a scarce Camp Nou with just over 77,000 turning up.

Luis Suarez led his side to victory on both occasions managing to bag four goals in each game which has catapulted him above Cristiano Ronaldo, and is now the front runner in the league’s goal scoring charts with an impressive 34 goals in 32 games – ahead of Ronaldo who is sat on 31.

Despite being the third-favourite in the race for the title Real Madrid lie in pole position in La Liga’s goal charts with a staggering 102 being notched up. At the weekend a Gareth Bale brace inspired Real to overturn a two-goal deficit at Rayo Vallecano to win 3-2 and keep up the pressure at the top.

In another sub-plot, Real and Atletico both have an eye on Champions League commitments with crucial semi-final ties against Manchester City and Bayern Munich – split priorities that could play into Jose Enrique’s hands?