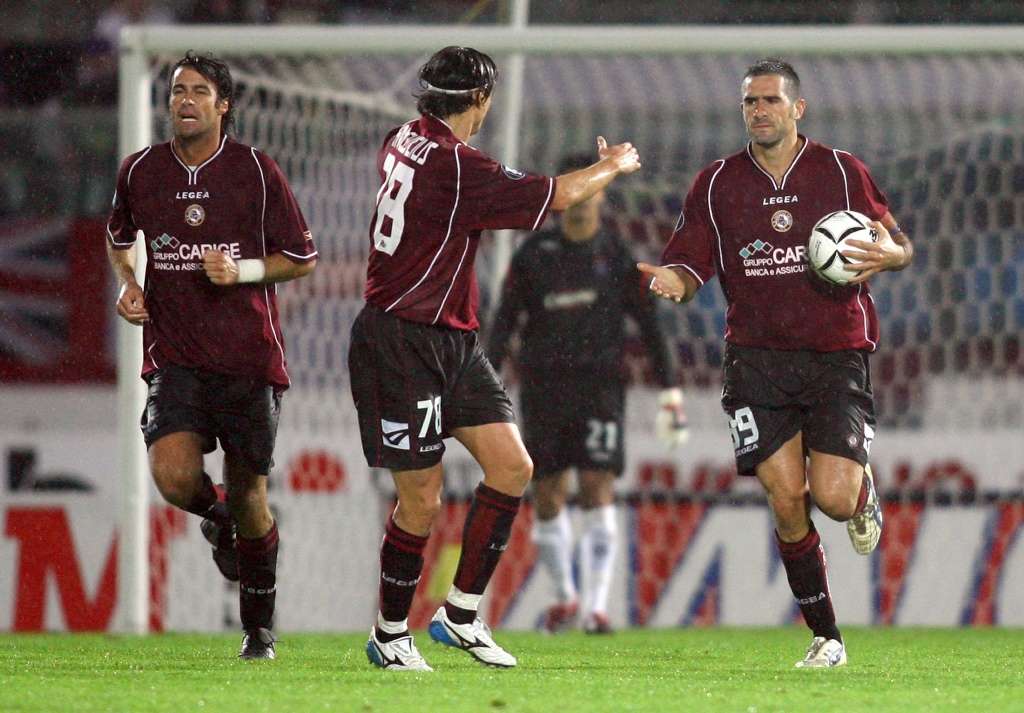 THE Calciopoli scandal of 2006, which showed that directors from some of Italy’s top clubs had essentially fixed matches by requesting favourable referees, had disastrous results for Italian football’s reputation.

However, amid all this turmoil, there was one club that had their football history changed forever in a positive way.  Heralding from the unassuming Tuscan port town of Livorno, Livorno Calcio had finished the 2005/06 season in ninth place, which for a club of their size was considered a remarkable achievement.

After the Calciopoli scandal broke and the trials finished, Livorno were awarded sixth place, meaning qualification to the UEFA Cup which would see the club play in Europe for the first time in their history!

Only a few years earlier Livorno had been slugging it out in Serie C. When promotion to Serie B was secured by winning the Serie C1/A title in 2001/02, fans ran onto the pitch in pure elation.

The club’s ardent left wing supporters were delighted. After all, it had been 30 years since the club had last played at this level!

For the latest odds check out www.bettingoffers.org

Among the fans that rushed onto the pitch to celebrate promotion was a certain Cristiano Lucarelli, a Livorno-born striker who was contracted to Torino.

The first season back in Serie B was a relative success for the club – they managed a 10th-place finish. But it was the next season that started them on their remarkable rise to Europe!  Lucarelli took a pay-cut to join his home-town team, initially on loan, and his 29 goals in 38 games led Livorno to third place and promotion to a Serie A that was expanding from 18 teams to 20.

Livorno’s return to Serie A was, by many, expected to end in immediate relegation but impressive home form and 24 goals in 35 games from Lucarelli saw the club confound all expectations by finishing eighth.

Lucarelli finished as the league’s top scorer and he was highly sought after during the summer but he opted to remain loyal, famously stating “some players use their billions to buy a Ferrari or a yacht, I just bought a Livorno shirt”.

Lucarelli scored 19 times in 2005/06 which eventually saw Livorno awarded a place in the UEFA Cup.

No one expected them to make waves in Europe but their fans didn’t care. They were just happy to be there.

Their support belted out loud renditions of Bella Ciao (goodbye beautiful), a song rooted in the partisan, left wing, resistance movement of the Italian Civil War, as the side beat Austria’s Pashcing in the first round, 3-0 on aggregate with Lucarelli scoring in the first leg.

The opening match at Livorno’s Stadio Armando Picchi was a five-goal thriller against Rangers.

The Glasgow club took a two-goal lead only for Lucarelli to pull one back from the spot. Nacho Novo restored Rangers’ two-goal advantage, drilling home before the break.

Livorno pressed in the second half but Lucarelli’s scrambled second was only a consolation in a 3-2 defeat.

A trip to Belgrade to face Partizan was to prove arguably the most memorable, not for the performance – Livorno were distinctly second best in the 1-1 draw – but for the nature of their late equaliser.

Trailing 1-0 with three minutes to go, Livorno earned a free- kick on the left in the Partizan half. Knowing they needed something from this game after the opening defeat to Rangers, Livorno gambled by sending forward their goalkeeper Marco Amelia. 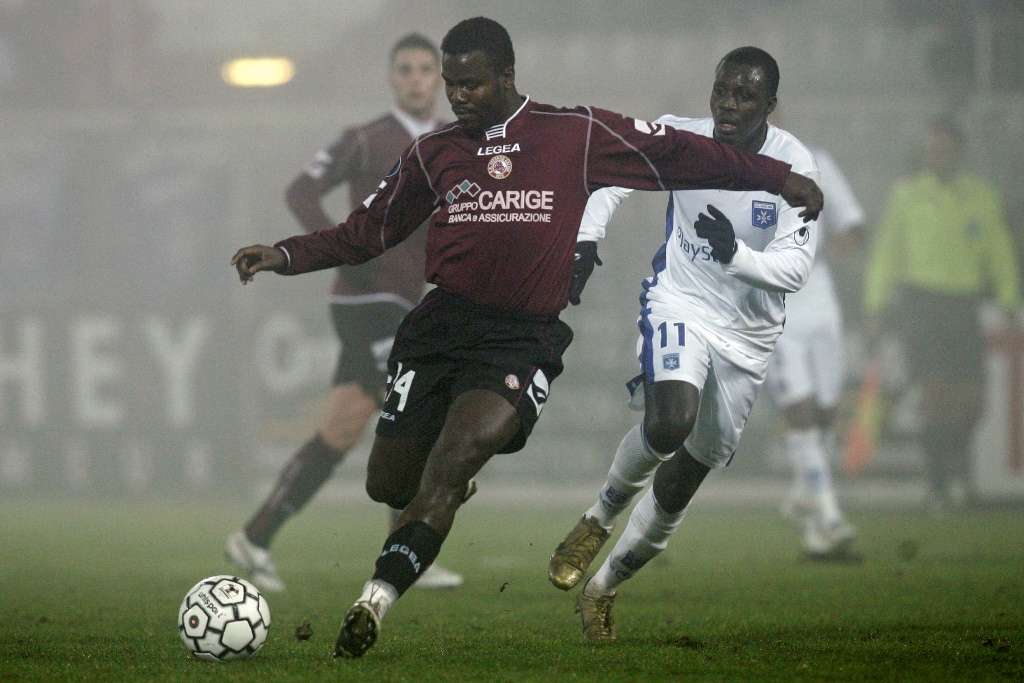 Crucial game: Livorno’s Samuel Kuffour in action during that famous night in Auxerre

The gamble paid off big time as Amelia headed home the in- swinging free-kick to spark wild celebrations on the touchline.

Lucarelli scored again in a disappointing 1-1 draw at home to Maccabi Haifa, leaving the Amaranto a tricky must-win game away to Auxerre.

The Livorno fans travelled to Burgundy in hope rather than expectation. After all, they were facing a side captained by Benoit Cheyrou and containing Younes Kaboul and Bacary Sagna among others.

The game kicked off in the late December evening and despite the chilly mist that shrouded the pitch, the Livorno fans were in full voice.

The first half saw Lucarelli force a good save from Fabien Cool with a powerful half volley and he went close again moments later with a free-kick but it remained goalless at the break.

Auxerre continued to press as the second half resumed but then, just before the hour mark, Livorno won a corner and Lucarelli powered home a header that is now iconic in the club’s history.

Heroic goalkeeping and defending in the final 20 minutes ensured that this night would be one that is never going to be forgotten. Livorno had won and were through to the knockout stages.

Unfortunately, the death of an Italian policeman during crowd trouble in Sicily after the Catania-Palermo derby led to Livorno having to play the first leg of their knockout tie with Espanyol behind closed doors.

Without the powerful voice of their supporters to urge them on, Livorno lost the first leg 2-1 and then lost away 2-0 to end their first and, to this date, only European adventure.  Lucarelli left at the end of the season after four remarkable years with his home-town club and, without their goalscoring talisman, the Amaranto were relegated in last place the following season.

This season will mark the ten-year anniversary of that European campaign and the club have now gone full circle, having been relegated back to Serie C last term.

But their fans will always have the memories from those four magic years between 2003 and 2007 and, of course, from that night in Stade Abbé-Deschamps, Auxerre.

*This article was originally featured in Sept/Oct’s edition of Late Tackle.