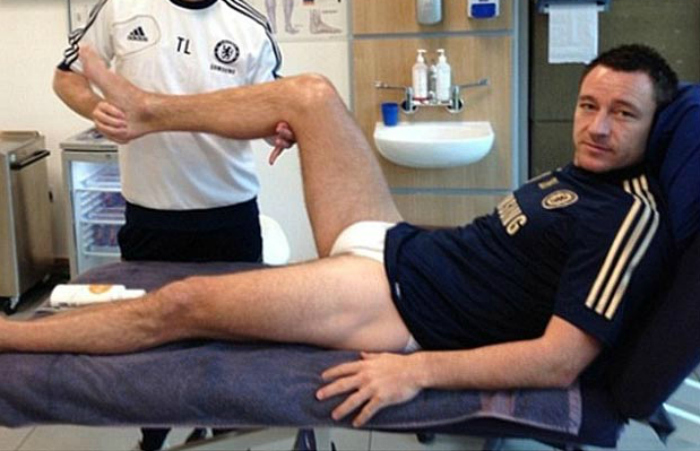 To mark the occasion, everyone’s favourite living testament to betrayal put a nice festive tribute to himself on Instagram.

As you can see, this is no ordinary tribute. Look how lovingly he’s arranged all of his captain armbands into an ’26’, his shirt number, all shielded beneath a remarkably white Christmas tree. What art, what creativity: JT is Tracey Emin with a five pound haircut, confirmed.

If we’re being pedantic, it’s more of a ‘2b’ than a ’26’: the stem of the ‘6’ is too straight, and really should have a bit more a curve to be considered a true member of the ‘6’ family. We expected better from the Chelsea captain, especially now he’s got so much time on his hands.

Anyway, it’s great to see John finding something to keep him busy now his career is winding down, and we here at Late Tackle fully support his new hobby.

Next week: Peter Crouch announces his retirement from football on Instagram through the medium of Kasabian lyrics written out in pasta shells.