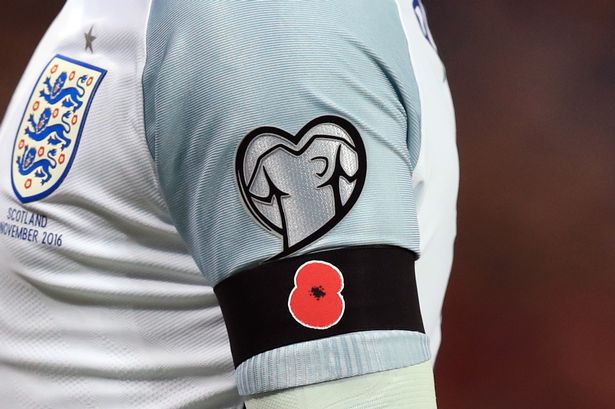 Evil overlords of football FIFA have fined the English Football Association 45,000 Swiss francs (£35,000) for wearing and displaying poppies during a 2018 World Cup qualifier against Scotland in November.

The poppy is used to honour the millions who have died in conflict throughout the 20th and 21st century and was worn on armbands by England on Armistice Day last month, but FIFA believe it contravenes their hard-line regulations on the display of ‘political symbols’.

The Football Association of Wales and the Scottish FA have also picked up a CHF 20,000 fine, with a CHF 15,000 hit heading to the Irish FA.

To put that in perspective:

[quote] “With these decisions, it is not our intention to judge or question specific commemorations as we fully respect the significance of such moments in the respective countries, each one of them with its own history and background.

“However, keeping in mind that the rules need to be applied in a neutral and fair manner across FIFA’s 211 member associations, the display, among others, of any political or religious symbol is strictly prohibited. In the stadium and on the pitch, there is only room for sport, nothing else.” [/quote]

Just to be clear: huge levels of corruption, violation of human rights and general all-round awfulness = good. Honouring those who died protecting the freedom we all enjoy = bad. Thanks for clearing that up, FIFA.