So, this story is a little rip-snorter:

That’s right; Peruvian coppers seized a huge 1.4kg haul of the white stuff with Lionel Messi’s face on the packaging.

Worth £73million, the shipment was, bizarrely, hidden inside over 1,200 giant squid fillets, and also contained other packages carrying the King of Spain’s royal mark. The cocaine was on its way to Europe before being sniffed out by police. Who knew Messi would be key to cracking the drug market? 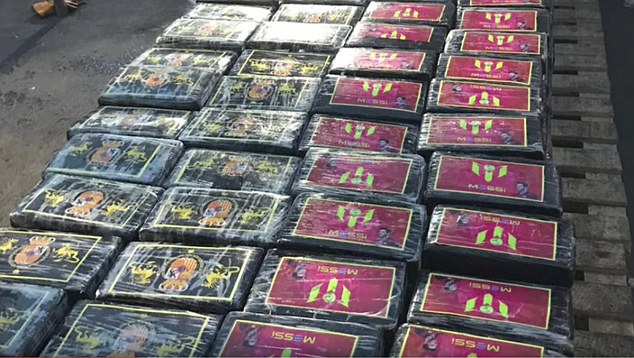 While the Barcelona superstar’s face adorned the packaging, let’s not blow this out of proportion; the supply is in no way endorsed by Messi – a foray into the drugs game would be pretty out of line for the Argentine maestro, who mostly has a squeaky clean image (bar being a tax-dodging bastard) – although the idea of using one of the most famous sportsmen on the planet’s image to help sell your product is quite novel.

It can’t be too long until a Real Madrid fanboy drug lord goes all Narcos with the ‘Messi vs Ronaldo’ debate and starts flooding the market with CR7-branded coke. The Messi lot will be bricking it.