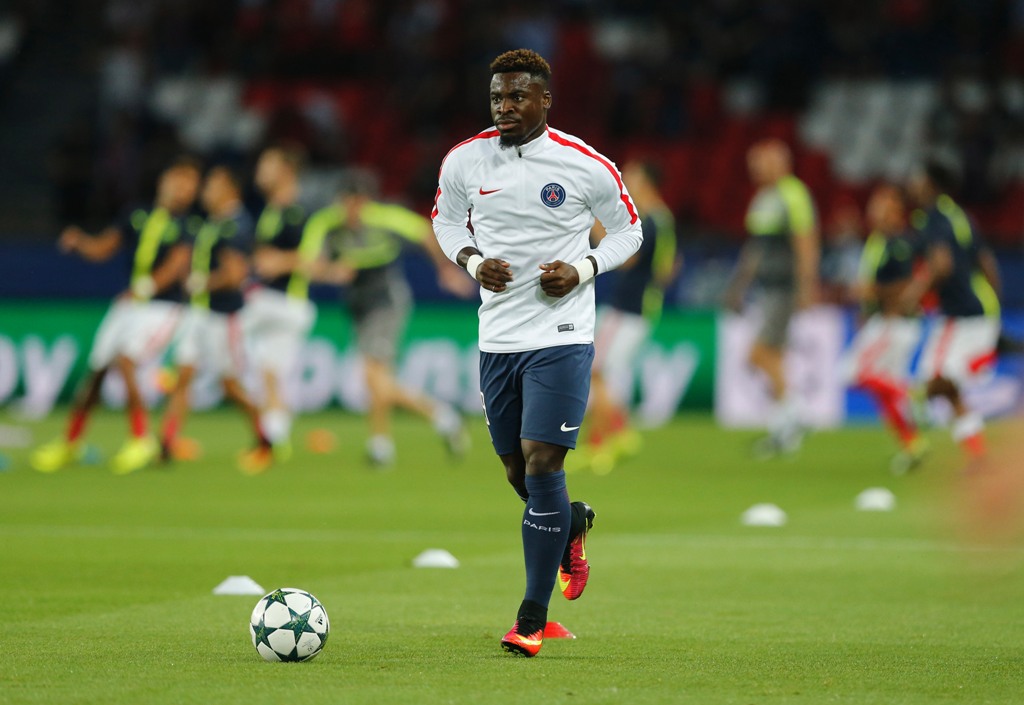 Serge Aurier has been in the news a lot in recent for months for not being a particularly nice person, and it finally seems to have caught up with him.

The Ivorian right-back, 23, was given a suspended prison sentence in September after he assaulted a police officer in Paris, and has now been denied entry to the UK for PSG’s Champions League match with Arsenal on Wednesday night.

PSG say UK authorities granted Aurier a visa in October but revoked it on 16 November, citing his conviction, and have said it shows a lack of respect.

A ‘lack or respect’ much like when Aurier appeared to label his manager, Laurent Blanc ‘a faggot’ on periscope, or when he said on Twitter that referee Bjorn Kuipers was a “dirty son of a bitch” over the sending-off of his team-mate Zlatan Ibrahimovic in 2014.

Aurier joined the Parisien giants last year, and has made 40 appearances for the club, but won’t play a part at the Emirates despite the appeals of his club.

PSG believe Aurier is entitled to be presumed innocent, as he is appealing his conviction, and a club statement read: “Paris St-Germain strongly regrets the presumption of innocence has not influenced Britain’s decision.

“On several occasions, Uefa has also transmitted its total support of Paris St-Germain to the British authorities regarding this case, in order to preserve the integrity of its competitions.”

PSG go into the game in North London with their place in the knock-out stages confirmed, but are level at the top of group A with Arsenal and need a victory to win the group; Aurier won’t be there to help them.