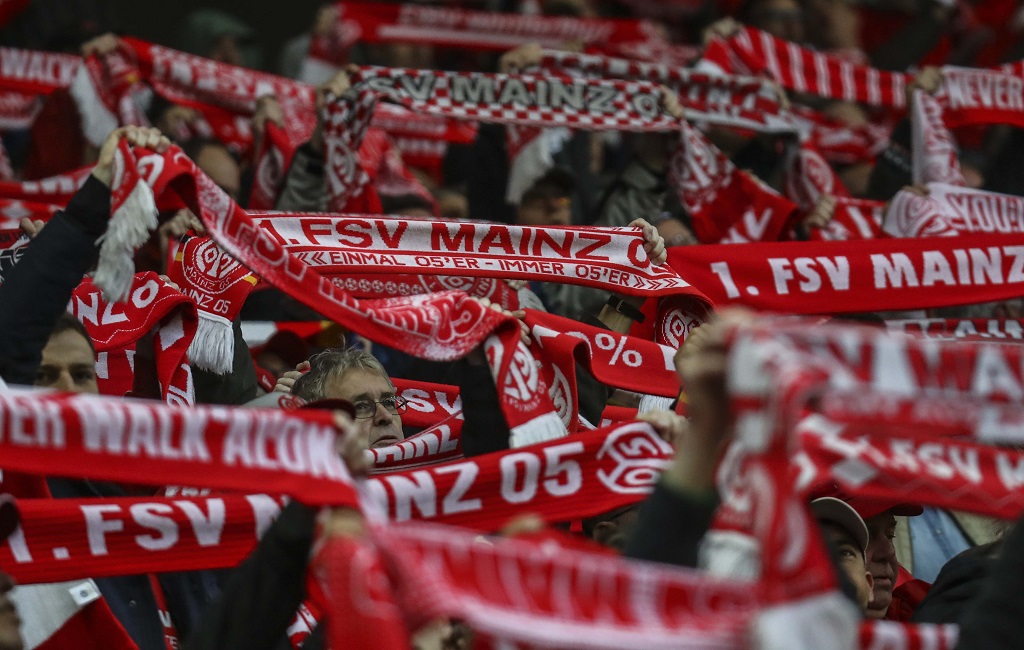 Sadly, the football season is nearing its climax, and in Germany, while the title race looks all done and dusted with Bayern Munich ten points clear of RB Leipzig, the relegation dogfight is far less clear.

Heading into last weekend’s action, Mainz 05 in 12th and Ingolstadt in 17th were separated by just 10 points, and in a league where anyone can beat anyone, getting the points on the board is vital to avoid scrapping against the drop. You can have your say on who will stay up at Sunbets.

So, when Mainz travelled to fellow strugglers Ingolstadt on Saturday, three points for the away team were vital and could have put real daylight between them and the bottom, while Ingolstadt desperately needed the points if they wanted any chance of staying in the top tier.

After a thrilling 90 minutes that, admittedly, was short on quality, especially in defence, the home side were victorious thanks to Florent Hadergjonaj’s looping cross sealing the win with 15 minutes remaining.

However, when Mainz players approached their loyal away support after the game, they were only briefly greeted with anger, before one fan actually got in the middle of a huddle on the pitch and gave them a team-talk.

Would this happen in England?

After defeat to fellow #Bundesliga strugglers Ingolstadt, a fan gave #Mainz05 a team-talk on the pitch ???? pic.twitter.com/dh6AphKQ65

It was pretty incredible to see, and interesting to think what he may have said. Whatever it may be, the club will be hoping it works because the gap at the bottom has tightened even more after the midweek fixtures.

Darmstadt are rock bottom of the division, but ahead of them going into Match Day 28, only five points separates the bottom five.

Mainz are only being kept out of the relegation play-off spot by goal difference, while Ingolstadt are just four points off safety – will the Mainz fan help his side again in their battle for survival?