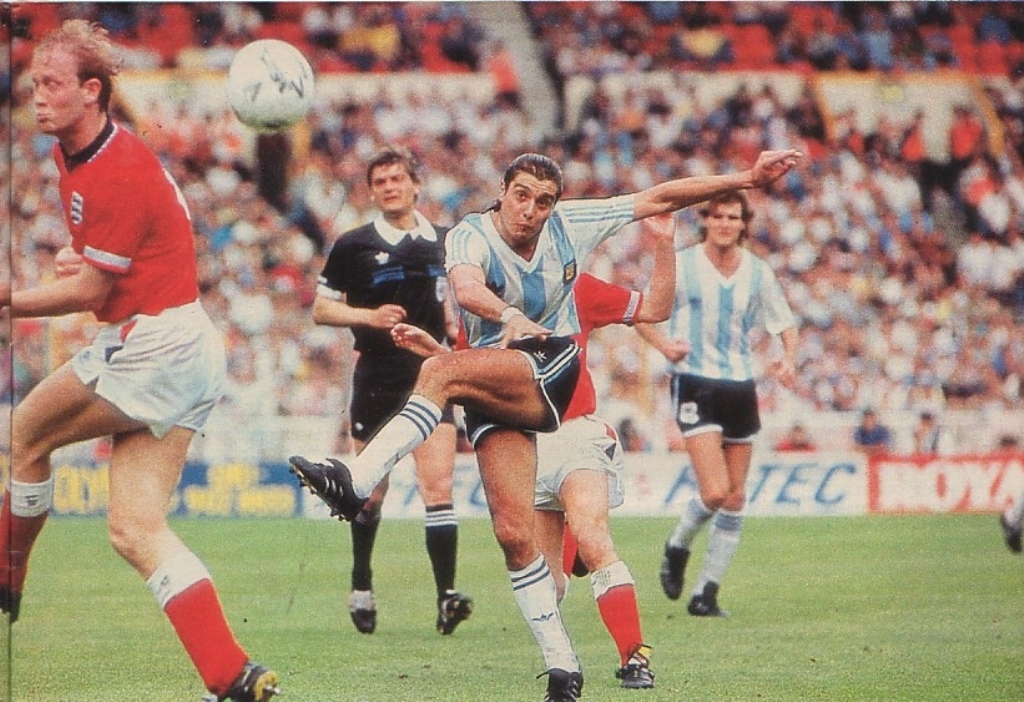 ONLY the previous year, England had come within a whisker of the World Cup final.

Now, in 1991, they were on an unbeaten run under their new team manager, the late Graham Taylor.

Surely a triangular international tournament which pitted England against World Cup finalists Argentina and a formidable Soviet Union side would fire the public’s imagination?

Unfortunately, the new tournament suffered from many of the same handicaps as its predecessor. Injuries and withdrawals from England’s squad hampered Taylor in the usual end-of-season scenario.

The tournament was dogged with low attendances and many of those present were schoolchildren, always a sign that ticket sales had been sluggish.

Yet England’s two games were both entertaining and encouraging, despite the makeshift nature of the squad. The games were graced by fine goals and there were even echoes of England’s glorious

Arsenal’s Tony Adams was a late withdrawal from the squad due to a calf injury, while Manchester United’s Gary Pallister was also ruled out.

Taylor would not be calling on players who had just featured in the FA Cup final for the first game against the Soviet Union – Tottenham’s Gary Lineker and Nottingham Forest pair Des Walker and Stuart Pearce. (The Forest duo both netted in the final, but Walker’s was an own goal in extra-time that ultimately proved decisive.)

Lineker’s Spurs team-mate Paul Gascoigne was ruled out of the tournament completely after wrecking his knee in a short-lived final display.

Manchester United winger Lee Sharpe was another withdrawal and Marseille understandably refused to release Chris Waddle as they were involved in the European Cup final.

In the absence of Lineker, Taylor chose Mark Wright for the captaincy. This led to some media criticism for Wright was still distrusted in some circles, accused of lacking heart and spirit when he withdrew himself from the last match of the 1988 European Championships. Taylor was typically pragmatic: “It was an obvious choice. He has shown his leadership qualities at Derby County.”

Taylor was under no illusions that the Soviet Union provided a threat to his unbeaten England record. He saw his opponents as “a formidable outfit”.

Sadly, a meagre crowd of only 23,789 bothered to turn out at Wembley on a balmy evening.

They saw England go a goal down after just 11 minutes. Igor Kolyvanov was allowed by slack defending to cross from the right.

Skipper Aleksei Mikhailichenko chested the ball down on the edge of the box to Vladimir Tatarchuk. England keeper Chris Woods had the shot well covered but, unfortunately, captain Wright got in the way and the shot took a cruel deflection off the defender into the opposite corner of the net.

Yet the early setback did not deter England and they started to take the game to the Soviet Union.

Indeed, they equalised just six minutes later. Paul Parker floated a free-kick into the area and the Russian goalkeeper Aleksandr Uvarov made an ineffective punch which simply put the ball at the feet of Geoff Thomas. 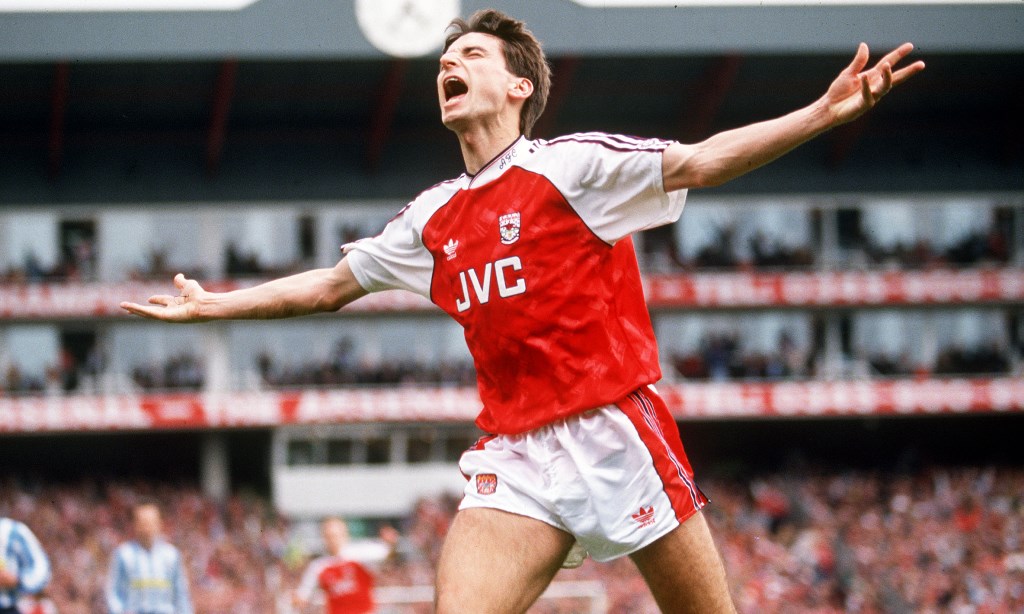 His shot was going wide but Alan Smith instinctively stuck out a foot and deflected it into the net. It was his first England goal, having already scored 27 in the season for Arsenal.

Just before half-time, David Platt was brought down by a clumsy tackle in the box. He scored from the resulting penalty, sending the goalie the wrong way.

It was also Aston Villa’s Platt who completed a string of English passes on 88 minutes by swivelling into position to drive an unstoppable shot beyond Uvarov into the corner of the net.

Taylor was full of praise for his man-of-the-match: “David had an exceptionally good game, not just because of his two goals but because he filled a midfield role in the fullest sense.”

On the evening of May 23, Argentina met the Soviet Union at Old Trafford for the tournament’s second game.

It was the first full international played at the ground since the 1966 World Cup. But, despite the game’s novelty, only 23,743 spectators turned up and, of those that did, most were schoolchildren.

Sadly, the youngsters were to witness an unedifying spectacle as Argentina resorted to their well-rehearsed spoiling tactics.

Three times in the first half the Soviets should have been awarded a penalty but, on each occasion, their protests were waved away by the over-tolerant Danish referee, Peter Mikkelsen.

Yet even his patience ran out when Aleksandr Mostovoi was brought down in the box. However, Igor Dobrovolski’s resulting penalty was weakly struck and easily saved.

And to add insult to injury, Oscar Ruggeri headed Argentina into the lead just before half-time.

The Soviets equalised soon after the interval when Kolyvanov drove a fierce free-kick into the net.

Three Argentinians were booked but, ironically, it was a Soviet player who got his marching orders. Andrey Chernyshov headed for an early bath after pulling back an Argentinian attacker.

International football was the loser in this ill-tempered encounter, which finished 1-1.

Talking of bad-tempered encounters naturally leads us to the tournament’s final game, England v Argentina, with the home nation only needing a draw to lift the trophy.

Of course the game had a back-story. The 1966 match was engraved in football folklore and Diego Maradona’s ‘hand of god’ goal in 1986 was fresh in English memories.

Into this volatile mix came Chelsea’s Dennis Wise, a rugged and competitive midfielder. The fact that he was often compared with Nobby Stiles did nothing to ease apprehension.

On a more optimistic note, Lineker reclaimed his place in the team, along with Forest’s Pearce and Walker.

David Seaman returned in goal even though Woods had put in a good performance against the Soviet Union.

The game was unusual in that all four goals were from headers.

England, playing in red jerseys, opened the scoring when Lineker met a long free-kick with a diving header on 15 minutes. 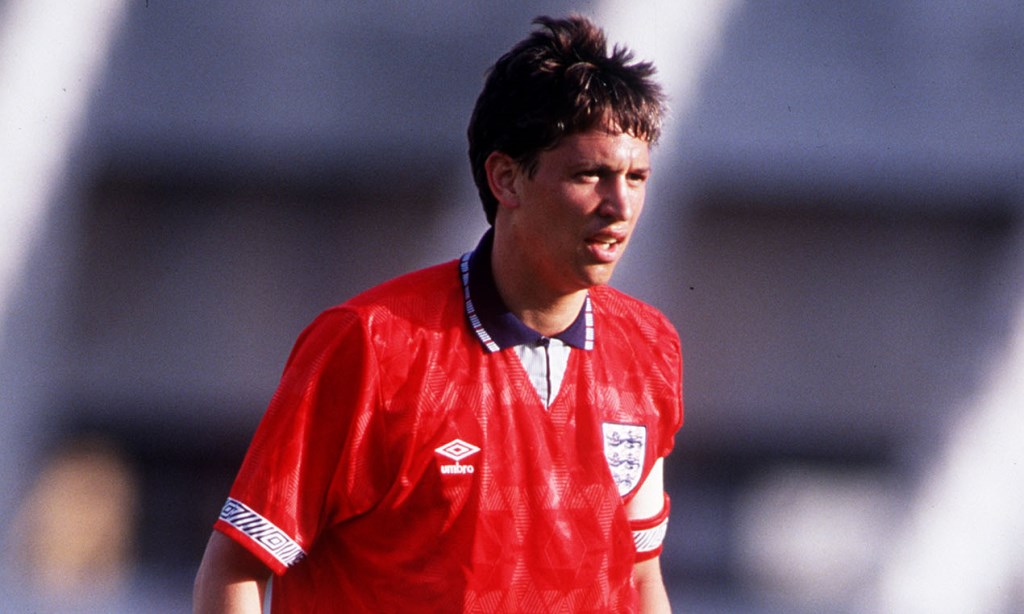 It had been a hopeful long punt into the penalty area but Lineker showed all his poaching mastery by ghosting past several defenders to launch himself at the ball.

The in-form Platt doubled England’s lead with a fine header on 51 minutes and it looked all over.

But the Three Lions threw away their advantage by conceding goals to two consecutive corners.

Firstly, Claudio Garcia rose above a poorly marshalled defence to score on 66 minutes. Six minutes later, Dario Franco scored with a superb header which no defence could have stopped.

Leeds’ combative midfielder David Batty was playing with remarkable composure even though the game was turning nasty.

It was the Argentinians who had resorted to committing some disgraceful fouls. Lineker was diplomatic post-match.

“The Argentinians tend to get a bit excited but we just about escaped any major scene. I think our tempers held well under the circumstances,” he declared.

For skipper Lineker and the England team, there would be no walking up the steps to the royal box to receive the England Challenge Cup.

Instead, he was given the trophy in the depths of the tunnel.

Somehow the rather shoddy nature of the presentation summed up a mini-tournament which had failed to enthuse the public.