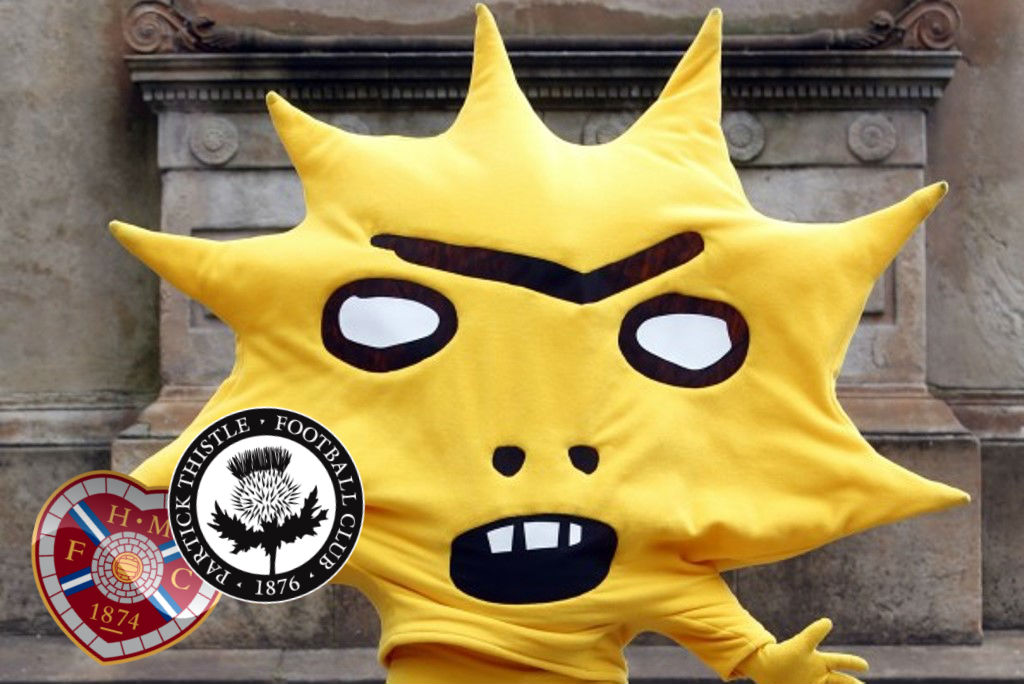 EVERY football club on the planet has got a nickname, it’s a long held tradition of the beautiful game.

How they get them can often be simply down to the colours that they wear.

Take my club Coventry City for example – they are called the Sky Blues due to their strip of blue and white, Burnley are the Clarets, Blackpool, who play in orange, are the Tangerines and Birmingham City are the Blues.

But many clubs choose a nickname linked to a local working business. Luton Town are the Hatters due to being a famous millinery centre. Northampton Town are the Cobblers, a well-known shoemaking area.

Burton Albion are the Brewers in a town noted for its beer making , while my favourite sobriquet is the Cod Army, the nickname of Fleetwood Town, a fishing port.

These are just a few clubs chosen from English football, but for some really interesting, and often wacky, nicknames look no further than north of the border to Scotland.

They like quirky ones, it appears. I’d recommend reading them out in a Scottish accent or try impersonating Billy Connelly as they do sound better that way!

For starters, how about Cowdenbeath who are known as the Blue Brazil. How this lowly Scottish club got this nickname is open to debate, but popular consensus points to their financial plight in the 1980s, which resembled Brazil’s national debt, and also Cowdenbeath play in shirts of blue.

However they got to be called the Blue Brazil, you have to say it is a stand-out name.

Arbroath are another club with an interesting sobriquet – they are called the Red Lichties. No, this isn’t a local rock group or a painful disease, but simply means: Red lights.

And it is said that red lights would guide boats safely back to harbour, which links in to Arbroath being a coastal town and fits in nicely with the club colours. Forfar Athletic are affectionately known as the Loons.

“Come on you Loons” rings around the ground as Forfar are on the attack, but not because the players are a bit nutty and deranged. Apparently, “loons” means “lads” in these parts.

Famous Edinburgh club Hearts are known as the Jambos. This is derived from some Scottish rhyming slang as they are also called the Jam Tarts, which rhymes with the club name.

Queens Park have the creepy nickname of the Spiders. But don’t worry all you who dislike the furry arachnids, as it’s just linked to the club’s shirts which had narrow white stripes on there, which likened to spiders’ webs.

If you are called a Doonhammer you’re from Dumfries, which is also known as the ‘Queen of the South’. So the football club adopted the nickname the Doonhammers seeing as they play in this area of Scotland.

Patrick Thistle are the Jags. It is said the national flower has “jagged” edges hence the football club took this name? Very clever if true, I have to say.

You’ve also got the Bully Wee (Clyde), the Terrors (Dundee United), the Staggies (Ross County) and the Sons (Dumbarton)

My club Coventry City should be known as the Agony – as that’s what they put you through!