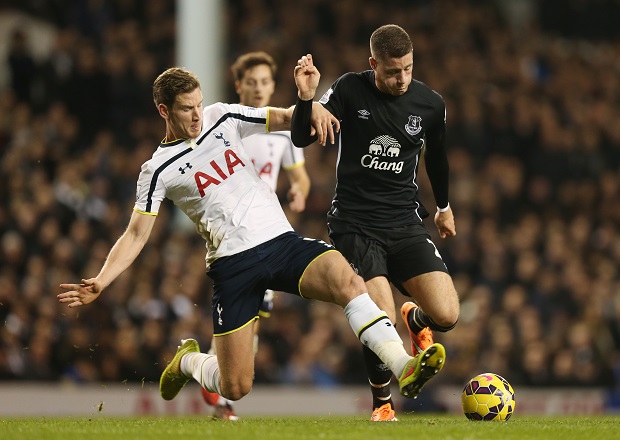 Premier League sides are jostling for position as the January transfer approaches. And while the focus is usually on the big money moves from overseas, here are five possible Premier League transfers that could happen next month.

Arsene Wenger has been slaughtered for his lack of defensive transfer business in recent seasons, but reports have emerged that the West Ham United defender, Winston Reid, could be winging his way to the Emirates.

Reid has played four seasons of Premier League football with the East London club and has impressed with every passing year. But the 26 year-old defender feels it is time to move on and would welcome a move across London.

Arsenal’s defensive frailties were exposed recently when they conceded three first half goals to Stoke, with two 19 year-old defenders (Callum Chambers and Hector Bellerin) looking out of their depth. A move for an experienced Premier League centre back will go some way to solving their problems at the back.

Tottenham Hotspur’s pursuit of Jay Rodriguez was the worse kept secret over the summer and Spurs are getting ready for another bid in January. The 25 year-old English striker hasn’t kicked a ball this season due to injury but scored 15 league goals in 33 games under Mauricio Pochettino last season and could be re-united with the former Saints manager.

Rodriguez has pencilled-in his return from injury next month and this could coincide nicely with a switch to White Hart Lane. Ronald Koeman; however, may want to hang onto the striker to freshen up his attacking options in order to maintain their push for European football.

There have been conflicting reports around the versatile Spurs defender but a switch to a Premier League rival looks on the cards in the January transfer window.

With his playing time limited under Pochettino, Vertonghen would jump at a move to Manchester United who have strung together six consecutive wins to climb into the Champions League places.

Vertonghen is a classy defender that can play either left back or in the centre of defence and he would add some much needed steel to the United backline that lacks experience and leadership.

Meanwhile, Liverpool, who seem to have made their defensive problems worse this season, are also interested in the 27 year-old Belgium international.

Brendan Rodgers is also on the lookout for a new number one and Asmir Begovic is on the Liverpool manager’s January shopping list.

Begovic, who has made over 130 Premier League appearances for Stoke, looks in need of a new challenge and is highly thought of by the Liverpool manager.

Nevertheless, the Bosnian goalkeeper claims he is “settled” at Stoke but should a top Premier League club come in for him during January then Mark Hughes would seriously consider offers for his number one.

Stoke themselves have looked defensively shaky this season and it could represent a chance for Hughes to reshape his backline and it would also offer a fresh challenge for Begovic.

The 22 year-old striker took a few months to get accustomed to Premier League football but appears to have finally found his feet with three goals in four games.

Ings has the potential and talent to play for a bigger side, while Burnley manager, Sean Dyche, has revealed the club would be helpless if a big offer comes in during the January window.

Southampton are rumoured to be interested in the England U21 striker and could make a move for Ings next month. Spurs, who are also in the market for a centre forward, could be an alternative destination for the Burnley frontman who scored 21 goals in 40 games last season.