Hopping to a hat-trick 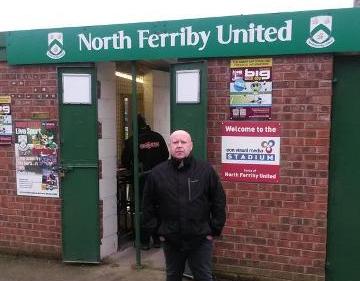 By the time May 2016 comes around, the surroundings of Wembley will be all too familiar for Alan Oliver.

As a Manchester City fan, that may not sound surprising with the current Premier League champions having visited the national stadium on seven occasions since the re-opening in 2007.

But the 52-year-old will be at Wembley next May for the final of a tournament that doesn’t even register at the Etihad Stadium. It’s unlikely City’s Arab owners will have even heard of the FA Vase.

Well Alan has, and that’s why he will be under the Arch come the end of next season to complete a remarkable challenge. Last May he was at Wembley as Arsenal came from behind to beat Hull City in the FA Cup final. 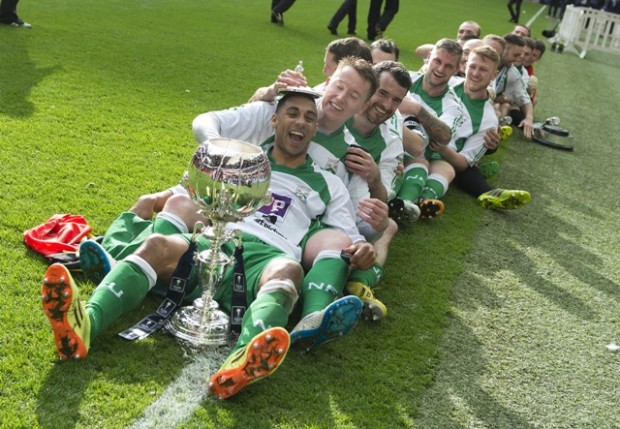 Ten days ago, he was there again as North Ferriby United, a village team from just outside Hull, came from behind to beat Wrexham on penalties in the FA Trophy.

It’s not just the finals of these wonderful competitions that Alan attended, though. He picked the team closest to where he lives (Manchester) and went to their first match in the competition. He then followed the winner round-by-round all way on the road to Wembley.

For the FA Cup, that meant taking in 14 rounds. For the FA Trophy it was nine rounds – and 11 matches. Next time up he plans to do the same for the FA Vase. But why do it?

“I’m a ground-hopper. I’ve been doing it for nine years and I always wanted to do every round of the FA Cup,” said Alan.

“I first tried it about eight years ago. I couldn’t finish it though because I went away for my mother-in-law Pat’s birthday.

“We lost her to cancer a year later so I thought it would be great to finally do it in her memory – and for charity. I’m raising money for a cancer charity called The Christie, which is local to me in Manchester. 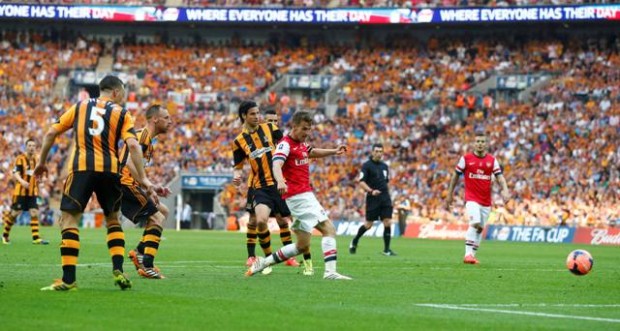 “I pick the closest team to me and then just follow the winner. To be honest, I lost a bit of interest in the FA Cup when the Premier League teams came in but it’s been the complete reverse in the Trophy this season.”

Alan hasn’t been alone on his journeys up and down the country. He’s been joined by friend, Calvin Wade. “On the Friday night before I started the FA Cup run, Calvin got in touch with me after hearing about what I was doing,” said Alan.

“So at West Didsbury, where I started the whole challenge, there was no clue as to how we would get on. Thankfully, we got on like a house on fire.

“His dad played in the FA Amateur Cup final for Skelmersdale so he knows his Non-League stuff – and he’s the godson of Joe Royle.”

For many, completing the FA Cup from start to finish would be enough, but Alan has already ticked off the Trophy – and now has the Vase in his sights.

“Where the FA Cup lost interest, the opposite happened with the Trophy – and we are expecting something similar in the Vase,” he said.

“The Vase might be a bit more difficult logistically, but I think it could be the most interesting.

“I know a lot of people that have done the three cups, but I don’t think anyone has ever done them back-to-back.

“In total, I’ve been to over 380 grounds and just love going to games and different stadiums. Promotions and relegations upset me because my lists never get complete!”