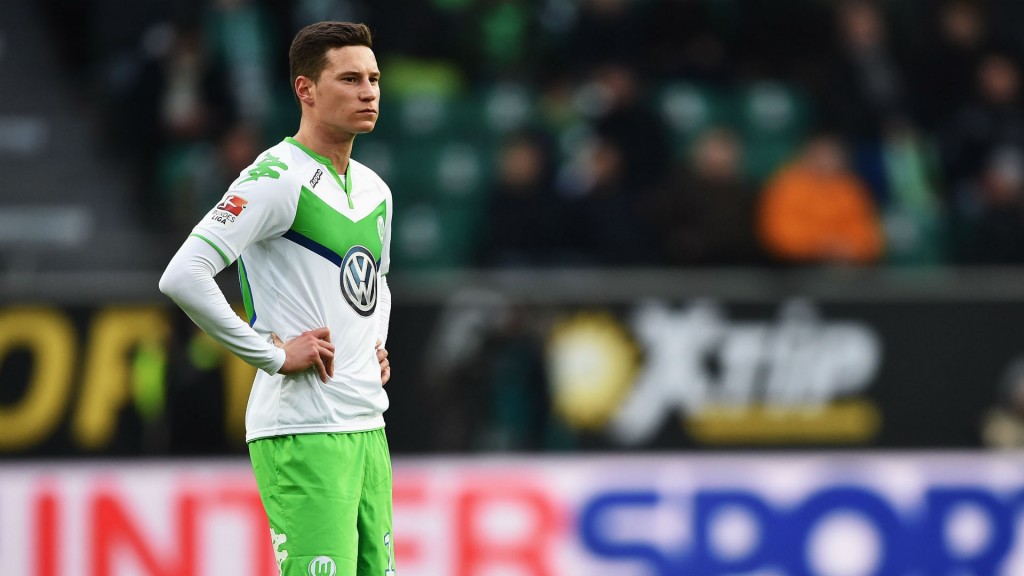 Like the bloke at work who won’t stop reminding you he’s leaving for another company at the end of the month – one that has ‘dress-down Fridays’ and a colour printer and a kitchen that stocks a wide variety of tea (Earl Grey, chai, peppermint, oolong) – Julian Draxler has again pretty much straight up told everyone he’ll be departing Wolfsburg for bigger and better things in January.

The talented winger has been linked with a move away from the Bundesliga for some time, with Arsenal, Liverpool and PSG all rumoured to be in for the 23-year-old and is highly-rated – just like bet-at-home, which was awarded 4/5 stars on Bettingexpert.

And now Draxler has confirmed to Bild he is already in negotiations with prospective buyers:

[quote] “I am in talks with a couple of clubs, but so far no decision has been made.

“We will all sit down and make a sensible decision that is suitable for us.” [/quote]

Draxler has been angling for a move away from Lower Saxony since handing in a transfer request in August, and irking fans and staff alike by claiming Wolfsburg was nothing more than a ‘springboard’ to a bigger club.

Hell of a player, bit of a dick.