Home / News / BBC Blasted For Not Helping The Little Guys

BBC Blasted For Not Helping The Little Guys 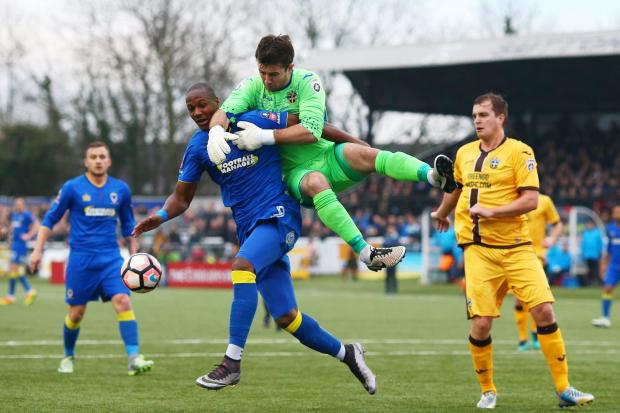 There was a lot of potential to broadcast the very heart and soul of the FA Cup: they could have picked from ties such as Sutton United v AFC Wimbledon, a local derby involving two teams with cup pedigree, one from the top-tier of Non-League; Wycombe v Stourbridge, the latter being the lowest-ranked side in the competition; or even National League Barrow versus League One Rochdale.

Instead, the Beeb opted to broadcast the all Premier League tie between West Ham and Manchester City – because seeing that game twice a season isn’t enough already apparently – and Aston Villa’s clash with Tottenham Hotspur, a fixture we’ve seen a hundred times already. #MagicoftheFACup

As expected, City pummelled the Hammers 5-0 and Spurs strolled past Villa 2-0, and both Sutton and Wimbledon managers, Paul Doswell and Neal Ardley, laid into the BBC over their choice of live picks. Ardley said:

“When the BBC took back the FA Cup the whole remit of what they did was to put the romance back into it. In a world where money is talking, and a lot of people are only watching Premier League football, the FA Cup gives us a chance to just look elsewhere.

‘When I saw the draw I thought a non-League team, in a local derby against Wimbledon, who played their first ever game against Sutton, it has got everything.

“To end up with Arsenal, Manchester United, Spurs, Manchester City on TV, it is disappointing. Once again the answer is money talks because they thought the viewing figures will be more. I think they are missing the point.

“Television coverage is great in general but there is a chance with the Cup to come away from the top six.

“The remit was to bring back the romance and they put on the big five in games they should all win.”

Doswell, whose Sutton side held the Dons to a 0-0 draw, said:

“I just hope TV choose us for the replay. The BBC are a taxpayer-funded organisation and they should not be after viewing figures. I don’t blame BT as much, because they are a commercial organisation, but where is the romance of the FA Cup?

“With eight minutes gone Manchester United were 2-0 up against Reading, City beat West Ham 5-0. We were devastated, to be honest, because we could have half-built the changing rooms for the kids on the other side of the ground with the money.

“If the TV companies get it right this time and we are the live TV replay game, it is worth £75,000 to us. That’s almost 25 per cent of my whole budget for the whole season. It makes this club.”

Ironically, the Sutton / Wimbledon game was broadcast on Fox Sports in the USA but not on the UK’s premier broadcasting service. Go figure.

Mail on Sunday chief sports writer Oliver Holt weighed in on the subject.

The draw for the fourth round is tonight, so no doubt the Beeb’s TV picks will be under more scrutiny in light of their third round duds.