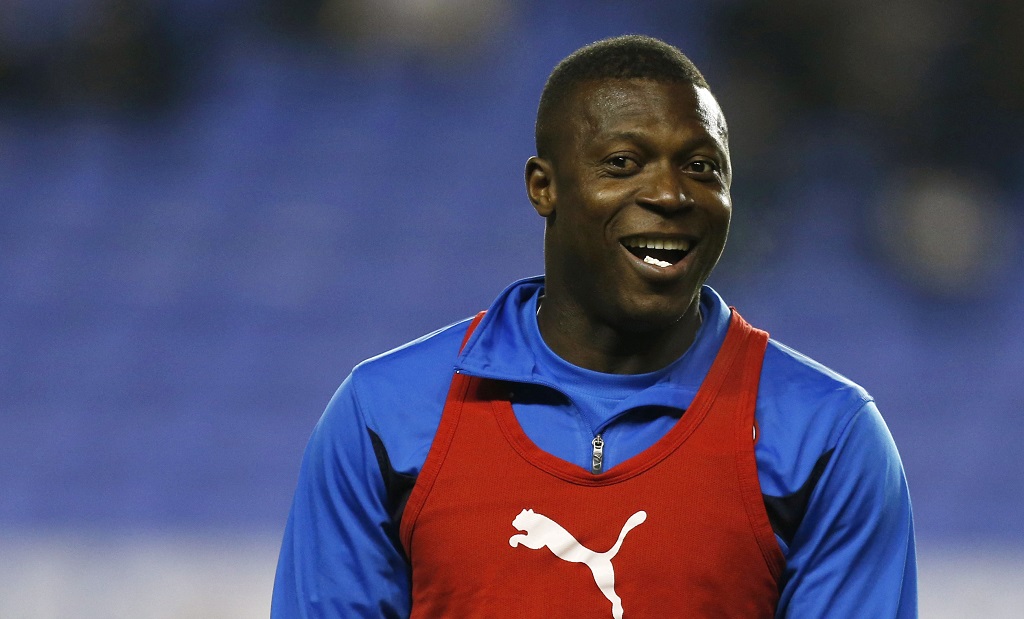 It might be Monday, and it might be ruddy ages until the weekend, but we bring you some good news! Ayegbeni Yakubu is back in English football!

The former Portsmouth, Middlesbrough, Everton and Leicester striker, 34, has returned to our sunny shores after signing a deal until the end of the season with League One strugglers Coventry City.

The ex-Nigeria captain joins the Sky Blues after a short stint in Turkey, but it was in the Premier League where Yakubu made his name.

After joining Portsmouth from Maccabi Haifa in 2003, the burly forward settled into his surroundings perfectly and netted 30 goals in 65 games before Middlesbrough snapped him up.

At the Riverside, Yakubu’s excellent Premier League form continued, and he notched 25 goals in 73 games, before David Moyes and Everton came calling.

With the Toffees, Yakubu found his chances limited, but he still managed to grab himself another 25 goals during a four year stint on Merseyside and is fondly remembered by fans from all his former clubs.

Coventry fans will be hoping they are also singing the praises of their latest recruit come the end of the season, as they are in desperate need of some goals and points if they are to escape relegation into League Two.

The Sky Blues are currently at the foot of League One, and are, quite dauntingly, 10 points from safety. The mood at the club is currently at an all-time low thanks to the owners SISU, and it seems a miracle is needed if they are to escape the drop.

However, as the video directly below shows, if anyone can provide that miracle, it could well be The Yak.

During his time in the Football League, Yakubu scored 11 goals in 19 appearances for Leicester, with this one being the best of the lot. He also scored 17 times for Blackburn in 2011, and once in seven games for Reading two years ago.

If Yakubu can recapture some of that form in the EFL again, Coventry may have some hope – let’s just all pray he has learnt how to score from  four yards out.

Not ideal in a must win World Cup game!