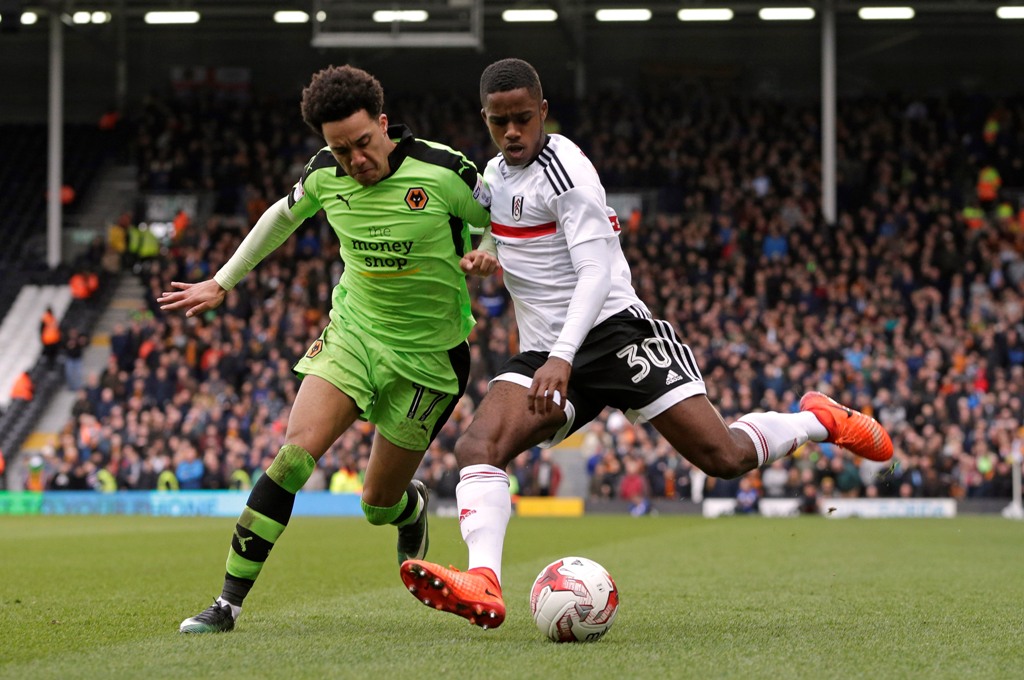 With the EFL season cantering towards its thrilling finale, this weekend’s upcoming international break is as frustrating as it is boring.

With eight games of the season to go, fans are readying themselves for the crucial run-in, and are busy dreaming of promotion or praying for survival – the distraction of England taking on Lithuania or Scotland losing to Slovenia is an unnecessary one.

However, while many supporters are bemoaning the timing of the latest international break and the lack of football, players themselves *should* be excited at having the chance to represent their countries, including some of the Championship’s best young talent.

Below, we list eight of the finest players in England’s second tier who qualify for under-21 football and are either away on international duty, or could be in line for a call-up very soon…

Che Adams’ rise from the depths of non-league to one of the world’s most competitive leagues has been a meteoric one – and one that doesn’t look like stopping anytime soon.

The pacy and powerful forward started his career at Ilkeston, before moving to Sheffield United and then Birmingham last summer, where he has kicked on even further – despite Birmingham’s struggles since the ludicrous sacking of Gary Rowett, Adams remains a huge positive.

The youngster has scored 4 goals so far, including a memorable opener in an ultimately disappointing derby defeat to Wolves in August, and has also completely 46 take-ons, more than twice as many as any other Blues player. If Gianfanco Zola wants to improve on results next season, Adams could be a vital tool. 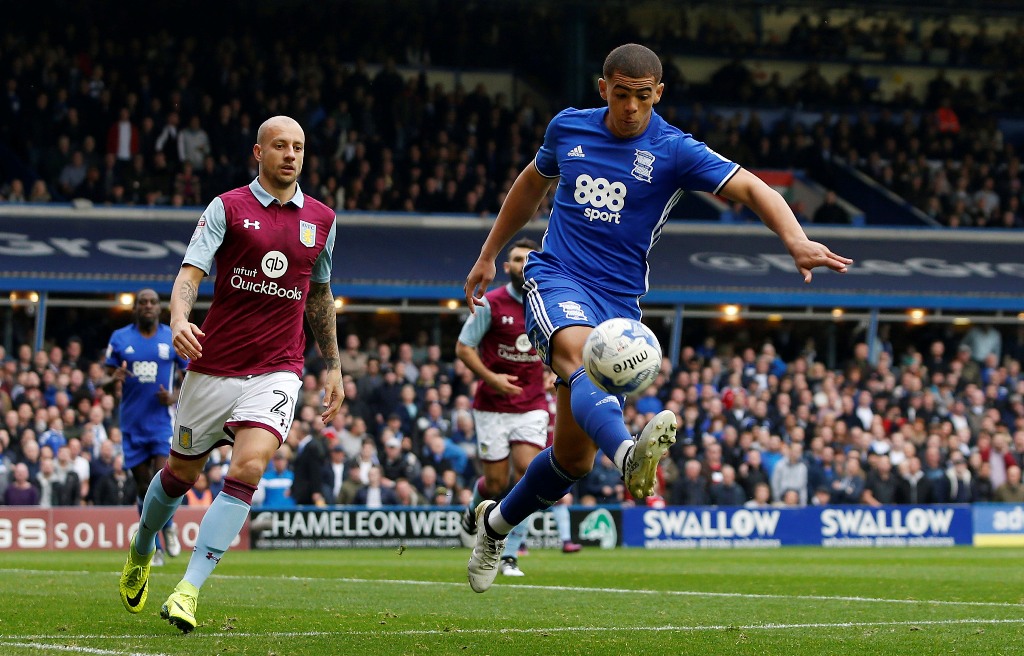 Reading’s young attacking-midfielder John Swift has been key to their promotion assault this season, and after multiple loan spells at clubs such as Rotherham and last season, Brentford, the former Chelsea player is excelling in Berkshire.

With brilliant technically ability and a turn of pace that is befitting of his name, Swift has chipped in with seven goals and three assists, helping the Royals reach the play-off spots in October and remain their ever since.

After a poor campaign last season, Reading have been a revelation this campaign under Jaap Stam. The Royals have played some excellent football and Friday’s win over Sheffield Wednesday was an excellent away win. With the help of Swift in their side, they could well be a Premier League side again next season. 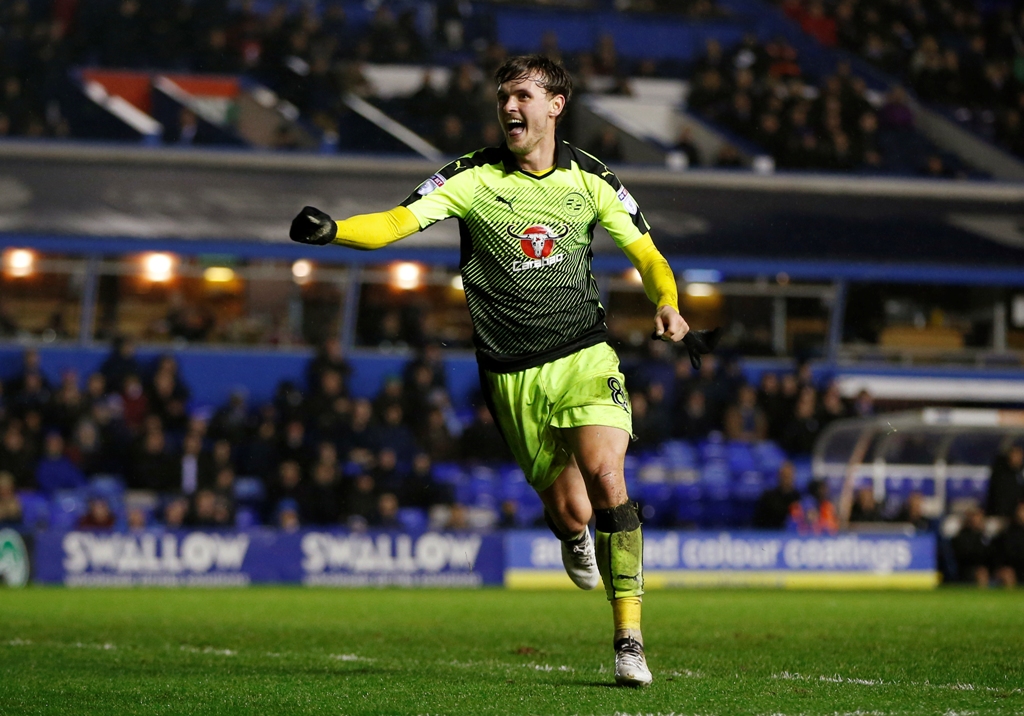 Having risen through the ranks of Norwich’s impressive youth set-up, Jacob Murphy has been turning heads ever since breaking into the Canaries first-team back in 2014 against Fulham, and has now been rewarded with his first call-up to the England under-21’s.

In the past, there have been rumours the Republic of Ireland were keen on the services of Murphy and his brother and fellow Norwich colleague Josh, but England will be happy Jacob has stayed loyal to his native country, having been born in London.

Murphy impressively scored his tenth goal of a great breakthrough season when he scored the opener in Saturday’s 2-0 win over Barnsley, and has been the one shining light in an otherwise disappointing season at Carrow Road. Promotion will be a tough task this season, but Murphy could be pivotal in helping Norwich rejoin the top-tier next year. 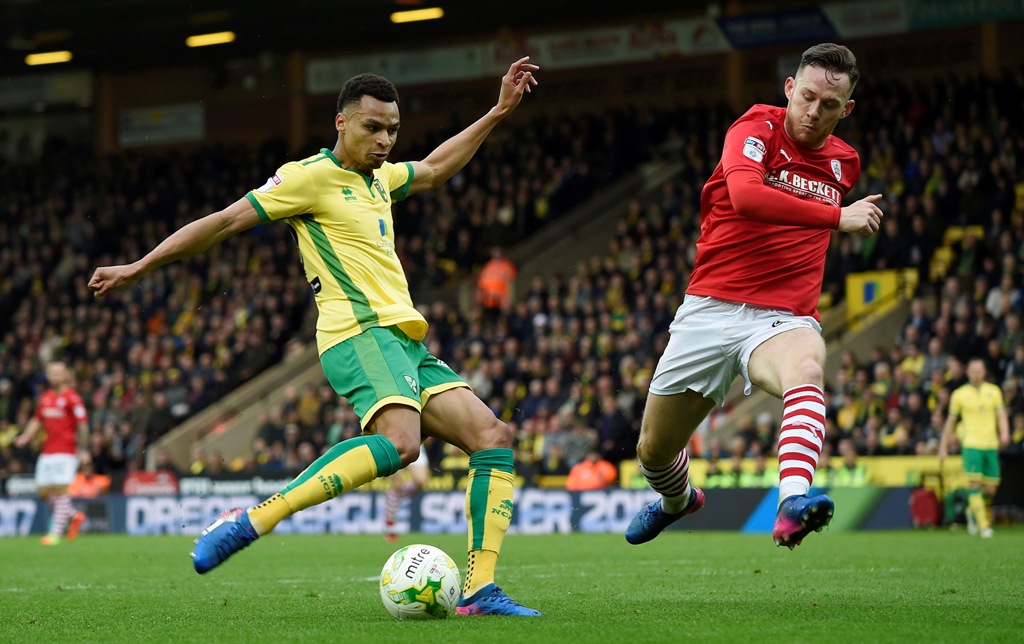 Kortney Hause has been in and out of the Wolves starting XI this season, but when called upon he has cut an imperious figure, remaining calm and impressive despite the uncertainty surrounding managerial appointments and huge takeovers going on around him.

Since Paul Lambert was appointed at Molineux, Hause has kicked on further, and even scored in a shock FA Cup win at Stoke in January, but it is in defence where his best abilities certainly lie – he’s very comfortable bringing the ball out from the back, and has also made over 152 clearances this season.

With West Ham and Everton rumoured to have shown an interest in the Ilford born centre-back in the past, Wolves will be hoping they can keep hold of one of the Championship finest defenders when the summer comes after his best season to date. 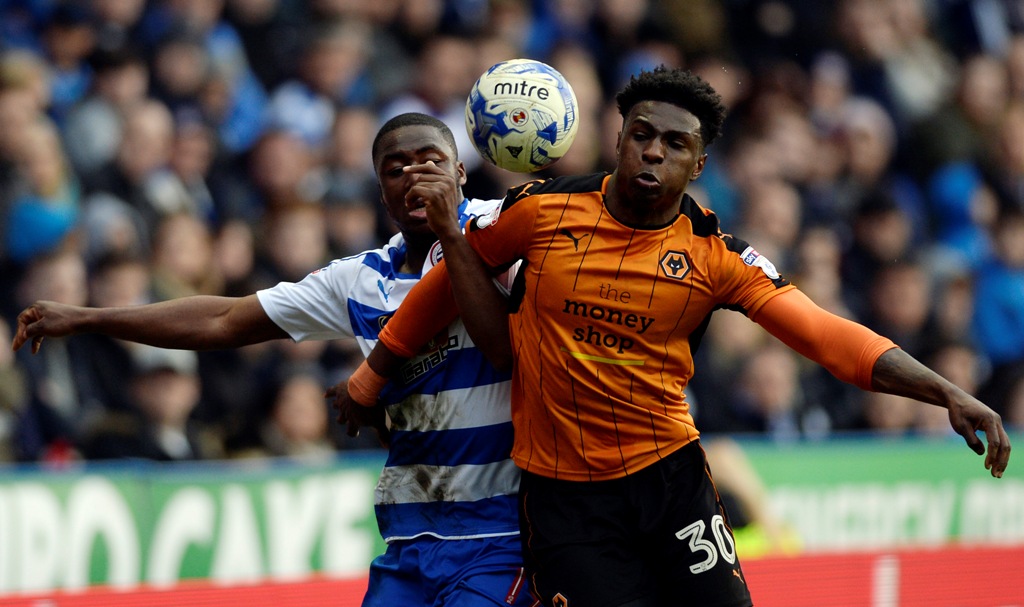 With a name like Ronaldo Viera, it is no surprise that the youngest member of Leeds’ play-off chasing side looks to have a huge future in the game, and could be playing in the Premier League when he’s still a teenager.

It seems Leeds have one-foot in the play-offs already after an excellent weekend win over Brighton at Elland Road, and in that game Viera starred alongside captain Liam Bridcutt, and against Beram Kayal and Dale Stephens, one of the best centre-midfield partnerships in the second-tier.

If he could improve on one aspect of his game, it could be goals, but he did score a screamer to seal three points at Norwich in November and as a defensive midfielder, stats such as 41 tackles this season, the third most in the Leeds squad, are far more important.

Despite being born in Guinea-Bissau, Viera qualifies to play for both Portugal and England, and their could be a lot of interest in his international preference in years to come. 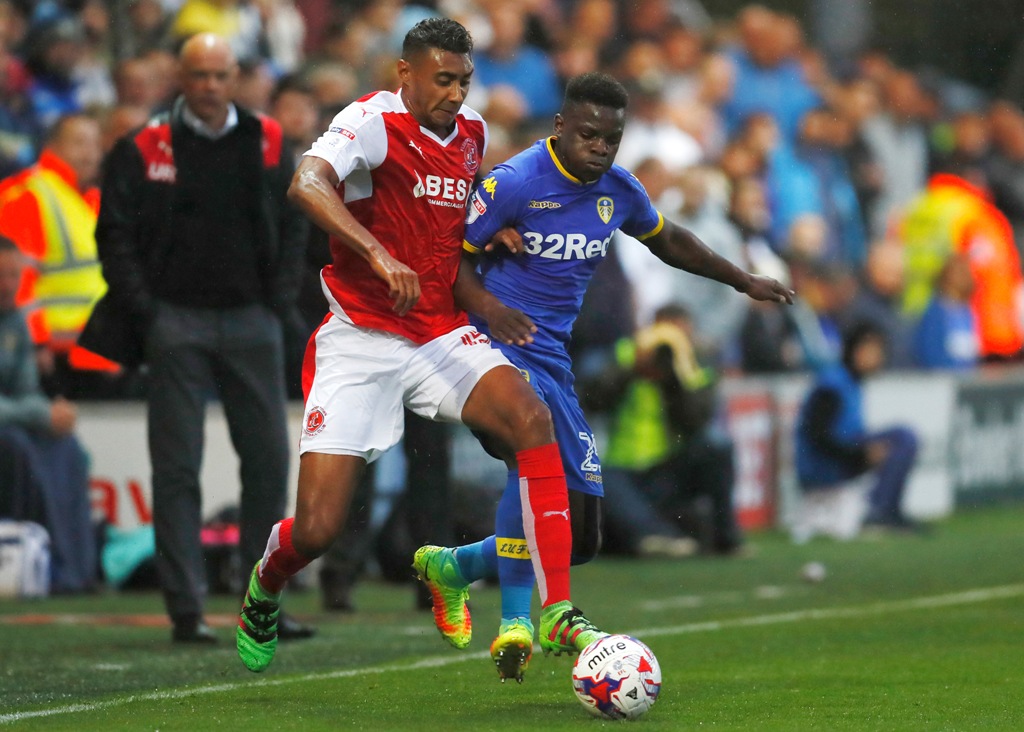 Ryan Sessegnon is the youngest player in this list, but has certainly turned the most heads this season as Fulham look to sneak into the Championship play-off spots at the last minute.

Just as comfortable at left-back as he is on the left of midfield, Sessegnon caught the eye of Cottagers boss Slavisa Jokanovic last season and has had a brilliant first-full campaign in the first-team squad, the highlight surely being a memorable brace at St James’ Park that sealed Fulham’s 3-1 win over Newcastle earlier this month.

In total, he’s scored five goals this season, and became the first player born in this millennium to score in the EFL. With blinding pace and the exuberance and directness of a youngster who has no fear, this England youth international could make it to the very top – Fulham fans will be hoping they get there with him.

At the start of last season, Solly March was one of the key-figures in a Brighton side that began the campaign 19 games unbeaten, but while his teammates came within a whisker of automatic promotion, March had to watch on after suffering a terrible cruciate-ligament injury in December.

However, he’s now put his injury worries behind him and is trying to force his way back into the starting XI and reclaim the right-wing position he began to make his own last term. With guile and agility, March is a winger to be feared if you are a full-back, and is capable of scoring spectacular goals, too.

He can be a little lightweight at times, which may be the reason Albion boss Chris Hughton sometimes prefers a different option from kick-off, but he’s shown flashes of brilliance from the bench. He’s back with the England under-21 side now, and could play a vital role after the break as the Seagulls look to finally reach the Premier League. 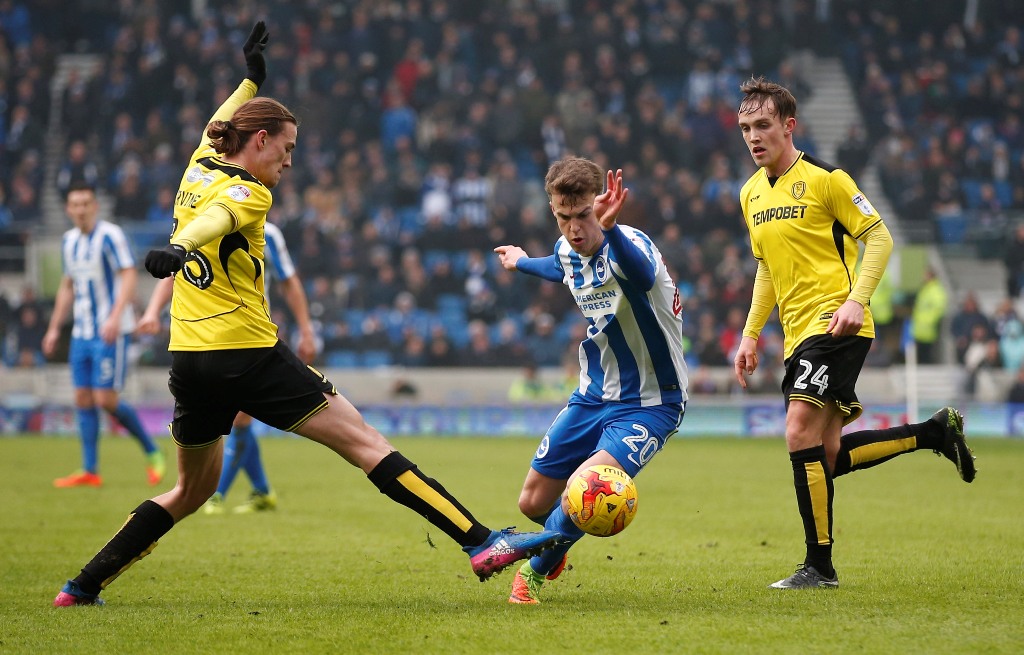